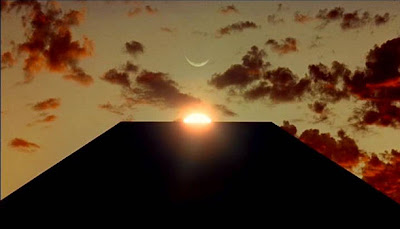 Google says I've coined 'carservatorship' but I expect to see it on the Bloomberg crawl soon. What other choice is there? There were hints to this effect in the FT today:

by Andrew Ward
White House officials have hinted that the administration could be open to government-managed bankruptcy for GM and Chrysler but that option is opposed by Democrats from Michigan and other car producing states.

Ultimately, and it very much saddens me to say this, American car production will probably go the way of the flat screen T.V.

Since liquidation is impossible and viability in the present condition is unlikely only bankruptcy seems to be the probable outcome.

However,a bankruptcy that results in a credit event may be a truly devastating event.

And why is that?

Nardelli, himself, gave the MSM a clue in an interview I commented on:

Friday, December 5, 2008
The trillion in the closet

(Nardelli was on Chris Matthews's last night and was obviously a bit tuckered out. He let slip that some folks predict that the fallout would be around 1 trillion. This was at the end of a long sentence that delineated the impact to the general economy in jobs and to the domestic automotive sector. What he was talking about doesn't seem to be talked about outside of blogs. Single name CDS and CDOs where Chrysler is present in the form of CDS are a clear and present danger. These are basically bonds, that have to be returned at par in case of a credit event. DTCC decides if there is a credit event and a bankruptcy would certainly qualify. If Chrysler cannot continue as a going concern a 'carservatorship' is the only option. However they do it they will have to do it. At this point in the game I would say that if they let Chrysler be a credit event they want the whole bloody thing to go off the cliff. Chrysler-and GM- are Lehman sized disasters in the shadow banking world and by now the Federales have to know this. DTCC hasn't provided clarity to the public but certainly folks have to know what could happen here. - AM)

Another reference was made on this blog a week later:

(The devil is on the details,in this case how do you not trigger a Lehman style explosion in CDSs. Remember the narrative fantasy that Lehman was contained because the 400 billion in notional value was reduced to 8 billion after netting? DTCC says General Motors and GMAC have a notional value of 118 billion but what puts icing on this cake is their presence in synthetic CDOs that are edging towards the abyss. - AM) (Add-on : upon further investigation not compelling that they have a large presence in CDOs, they were not listed in the top 50. -AM)

The way I see it, the choice is carservatorship or credit event ... pick your poison.
Posted by Anonymous Monetarist at 10:03 AM