Bung them Rats and Mice 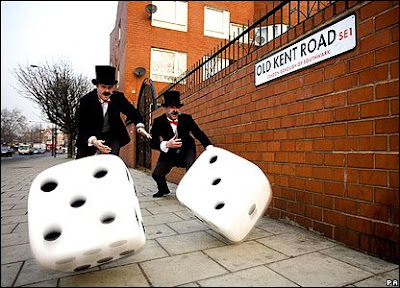 The Prime Minister is to unveil a series of key measures that will see the Government insure the ‘toxic assets’ of major lenders and pump around £14 billion into the mortgage market through Northern Rock.

Five months after Mr Brown’s first bank bail-out, there is a growing acceptance in Downing Street that it has not worked - beyond stopping the total collapse of the banks.

Businesses are continuing to go bust and workers are losing their jobs as the financial crisis continues to deepen and banks refuse to start lending.

The Government has drawn up a new rescue package that will start today with an announcement that Northern Rock, which was nationalised last year, will increase mortgage lending by up to £14 billion over the next two years.

Ministers will this week also pave the way for “quantitative easing” – the so-called printing money option – with £150 billion being spent on buying bonds and gilts from banks.

On Thursday, the Treasury is expected to announce plans to form a “toxic bank”, using taxpayers’ money to insure £500 billion of bad debt.

In addition, Mr Brown has signalled that he wants a return to more ‘sober’ banking practices, with a possible ban on 100 per cent mortgages to ensure people must save a deposit before buying a house.

(In further comments, Brown said he fully supported the silly Yanks offering 105% mortgages, hoping it would strengthen the pound. Snap! -AM)
Posted by Anonymous Monetarist at 4:15 PM