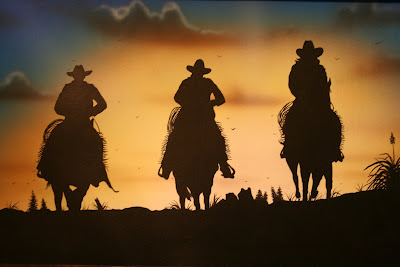 (Michael Lewis colors with his 'hedge fund man' imprimatura and paints a Gordon Gekko portrait of our troubles, 21st century style. Cowboy up O' Masters of the Universe you have nothing to lose but your sack cloths.- AM)

Before I quit my job trading bonds for my former Wall Street employer and set up my first hedge fund, I thought long and hard.

I stared at the ceiling every night, unable to sleep, and asked myself, over and over, many difficult questions. For example: “How sincerely do I want to grow my net worth from $10 million to $100 million?” And: “How much pleasure might be had from the envy of others?”

One question I didn’t ask myself, however, was “What will I do if people off Wall Street try to take away my money?” It just never crossed my mind. I assumed they’d know better.

Everywhere I turn I hear people who know nothing about Wall Street complaining about how much Wall Street people get paid -- as if a few million at the end of the year is excessive as opposed to the barest necessity. Barack Obama’s rant about bonuses I can understand: The guy never recovered from passing up Goldman Sachs Group Inc. to become a community organizer.

What’s more disturbing -- what has provoked me to the point where I am willing to take extremely valuable time away from shorting Spain to write a column for Bloomberg -- is that people on Wall Street are actually paying attention to what people off Wall Street think.

In the past year I’ve witnessed more crimes against financial nature committed than in the previous 20 combined: former Merrill Lynch & Co. traders writing op-eds for the New York Times questioning Wall Street’s right to bonuses; Wall Street CEOs afraid to show their faces in Davos: Wall Street firms canceling their boondoggles in Las Vegas out of concern for appearances; former investment bankers telling journalists how much happier they are having more time to spend with the family.

It’s gotten so bad that Michael Moore, saying how encouraged he has been by financiers who have written to him, is now mass e- mailing Wall Street employees in search of even more guys who want to confess their sins to his cameras.

Even as I write I am watching the eunuchs now posing as Wall Street CEOs bend over backward before some congressional committee to prove that the operation was a success, and they are now well and truly without testicles.

John Mack swore that he and everyone else at Morgan Stanley have only a secondary interest in money -- that the guys at Morgan Stanley love to bank so much that if necessary they’d do it for free. Vikram Pandit went out of his way to apologize for ordering up a single corporate jet. “I get the new reality,” he said.

No, Vikram, you don’t. You think the new reality is cowering and simpering before elected officials so that they’ll quit being mean to you and maybe even let Tim Geithner give you more money. The new reality is that you need to grow a pair. Here’s how:

-- Play the hand you’ve been dealt rather than the hand other people insist that you hold.

Pandit and Mack and the rest have completely swallowed “the people’s” line that because they’ve taken taxpayer money they are somehow now required to care how “the people” feel about them.

Think about this. Some fool comes along and gives you $15 billion, no strings attached. The fool doesn’t own you. You own him. Mack needs to stand up and say, “We at Morgan Stanley are pleased by your investment. Now, if you ever want to see a dime of it back, go away. We’ll call you if we need you.”

John Thain had the right idea: The minute these numb nuts started to meddle in his affairs he demanded a $10 million bonus after spending $35,000 on an antique commode. Thain’s mistake was his last-second failure of nerve. The minute he was exposed in the newspapers he panicked like a 6-year-old caught trying to steal an extra cookie. Which brings me to my second point:

-- Don’t allow yourself to feel guilty.

America is supposedly outraged by your behavior. See America’s outrage and raise it. “You blame Wall Street for this financial crisis?” Ken Lewis might ask, as only Ken Lewis might.

Having established this pose of righteous indignation (poor people should be thanking Wall Street for agreeing to have anything at all to do with them) seek opportunities to extend it.

For instance, John Thain might point out that the thoughts he had while admiring his commode paid for the thing many times over and so he wished only he had spent even more money on the thing. Vikram Pandit might insist that Citi Field not only remain Citi Field but that Citi’s subprime-mortgage traders should throw out every first pitch. Lloyd Blankfein might demand further compensation from the Treasury for allowing former Goldman employees to spend so much valuable time on the public’s business.

The main point is that guilt is financially counterproductive. To combat yours you need to identify exactly the sort of things that cause the average congressman to say “these Wall Street guys just don’t get it,” and do as many of them as possible.

Which brings me to my third and final point:

We’ve all been hearing a lot lately about the dangers of testosterone. A preposterous idea is gaining traction: that the problem with Wall Street is that it is run exclusively by men. News flash: Wall Street always has been run exclusively by men. If this crisis is worse than previous ones it may be because, for the first time in financial history, women were let in. Remember Erin Callan, Zoe Cruz, Sallie Krawcheck?

Some of this advice is, I realize, ahead of its time. Most of it is counterintuitive. But if you step back from your situation you’ll see that it requires a radical re-think. Above all, you need to keep on paying yourself as much as you can.

No one really liked you when you were making $45 million a year. How do you think they’ll treat you when you’re poor?
Posted by Anonymous Monetarist at 10:32 AM