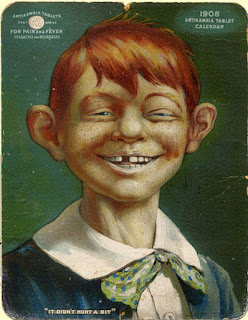 (Yesterday, Jesse posted a reference to an article stating potential European losses would total £16.3 trillion. The original article per Mish and Nemo(self-evident.org) appears to have been scrubbed : http://blogs.telegraph.co.uk/bruno_waterfield/blog/2009/02/11/toxic_eu_bank_assets_total_163_trillion. Inteldaily.com & Blacklistednews.com have preserved the article which is provided below.- AM)

It is not surprising that European Union finance ministers looked ashen faced in Brussels on Tuesday.

The breakfast meeting discussed how EU governments should deal with, in other words pay for, the "toxic" banking assets that triggered the economic crisis.

The figures, contained in a secret European Commission paper, are startling. The dodgy financial packages are estimated to total £16.3 trillion in banks across the EU.

The "impaired assets" may amount to an astonishing 44 per cent of EU bank balance sheets. It is a deep ditch the bankers, regulators and their friends in government have dug us into.

More on the details of this story over on business.

As discussed here on Monday, the secret 17 page paper warned that government attempts to buy up or underwrite the assets could plunge the EU into a deeper crisis, one that threatens the Union.

Everyone is terrified that a second bank bailout will push up government borrowing at a time when bond markets have growing doubts over the ability of countries such as Spain, Greece, Portugal, Ireland, Italy and Britain, to pay it back.

"Estimates of total expected asset write-downs suggest that the budgetary costs - actual and contingent - of asset relief could be very large both in absolute terms and relative to GDP in member states," the EC document, seen by The Daily Telegraph, cautioned.

Spread yields are widening on bond markets as investors judge it riskier to buy the debt of a country like Italy than the debt of another like Germany.

In line with the risk, and the low performance of some EU economies compared to others, the markets have demand a higher premium on government bonds issued to raise the cash.

The more the doubt there is over high levels of government borrowing, the more the markets have asked governments to pay to service their borrowing and all the more indebted countries become.

Ministers and officials fear that the process could lead to vicious spiral that threatens to tear both the euro and the EU apart.

There is trouble ahead. Is it possible to buck a crash?
Posted by Anonymous Monetarist at 11:50 AM