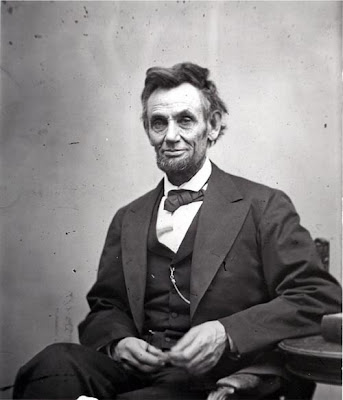 (My Saturdays are first defined by whether I smile, Abelson has an article, or frown, they sub Santoli or Forsyth. I hope the fella is taking care of himself ... once he wrote of wakin' up in a hospital bed ... without him I'm not sure what would be worth reading Barron's for save perhaps the Roundtable with Hickey and Faber. I see the advertisements in the FT where Barron congratulates themselves with their great calls... on my board of shame is their cover BUY GM - June 2, 2008 with the epitaph, 'Why GM's share price could nearly triple'-, and how about that cover story of January 21, 2008 - Bon Appetit: Even as stocks head for their worst January since 1950, some brave bulls are preparing for a feast...stocks could be approaching a huge buying opportunity. I didn't save their have the banks bottomed one but it gave me a good laugh as I fed it to the shredder.

Let's see in this issue the cover is an idiotic editorial, give the banks 200 billion and the banks can cut the principal of $850 billion in subprime (subprime? that's so 2007 dude!) by about 25%. Talk about flippin' too little too late! How about them Alt-A, prime,CMBS, CDO, CDO squared & sundry derivative dribble that has gone humptyed-dumptyed o' Editor Finn? Another silly cover to live in infamy. And by the way nice call on Abercrombie ... only down 70%.

The goose laid an egg, but to wall street's extreme disappointment, it wasn't the golden one traders, brokers, badly clipped hedge-fund managers, their suffering investors, weeping widows and distraught orphans had so fervently hoped and prayed for. So far as they were concerned, it was just a plain old goose egg, in every sense of the phrase.

The peremptory thumbs-down that the stock market gave the new Treasury pooh-bah's scheme that he unveiled Tuesday to get the moribund financial sector up and ticking again was quickly blamed on its paucity of details. In truth, the only missing detail that would have mollified the disgruntled multitudes was how the proposal was going to restore them, preferably overnight, to their previously blessed condition of rich, frisky and risky.((The term is Nancy Capitalists, Abe! - AM)

Great expectations breed great disappointments. So we guess it was inevitable that, as the nearly $800 billion stimulus effort took form as something manifestly less than a magical potion that would bring instant succor to our badly ailing economy, there would be disenchantment on both Wall Street and Main Street.

That it hasn't been greeted with enormous enthusiasm by economists of various prejudices and predilections we take as a big plus. The bulk of that tidy wad of dough will be doled out in the next couple of years. The initial push will entail tossing heaps of cash at the hard-pressed citizenry, increasingly pinched states and needy businesses, as well as making life easier (and foreclosures more difficult) for homeowners and stopping the hemorrhaging of the financial system.

All by itself, that shapes up as a monster undertaking, but there is more. Comes then the awesomely heavy lifting: pumping up road building, mass transit and all the other stuff that comes under that somewhat inelegant rubric of "infrastructure." The shovels may be ready, but it will be a spell before they are employed in any serious digging.

In any case, the notion among the stimulus set in Washington plainly is to perform a kind of triage, by putting money in the hands of that growing segment of the population that has little choice but to spend it, by keeping the states from draconian cutbacks and by helping to shore up fading businesses, not a few of which are in danger of going belly-up. Hard on the heels of that ambitious, costly and Herculean task will be the big-bucks effort to stem and then reverse the seemingly inexorable loss of jobs.

Will this complex and unrestrainedly ambitious program work? We have no doubt it will have an impact (how could it fail to?). Apart from a temporary boost in spending, however, the question remains: How enduring and effective will that impact be and will it outweigh the sweeping plan's unintended consequences? The answer is: Who knows? But you can't go wrong hoping for the best, while preparing for the worst.

That -- especially the part about preparing for the worst -- still strikes us as the best advice to those brave or merely headstrong investors who are tempted to take the plunge.

This rather churlish stance is grounded in our unwavering conviction that stimulus or no, this economy is not slated to crawl out of its hole anytime soon, but, if anything, is apt to sink deeper into it. Unemployment will hit double-digits before topping out, housing has months, perhaps many months, to go before coming within spitting distance of a bottom. And the banks are still under great stress (as even a casual observer of the financial scene can attest without resort to the new, made-in-Washington bank stress test).

Easily as important, despite the pain they've suffered, investors haven't fully taken the measure of how vulnerable the market remains to the economic shocks looming ahead. Euphoria, it saddens to relate, has not entirely been exorcised from the investment psyche.

These melancholy sentiments find an echo of sorts in a recent piece published under the aegis of First Global by a lively scribbler who signs himself Le Grand Fromage, or, in rough translation, the big cheese. Noting some decided if sporadic signs of life in markets around the globe based on rather thin gruel, he advises his readers to pack it in.

His reasoning is far from capricious. As he notes, "breadth across all markets globally has been abysmal." The markets, he shrugs, "have been spending a bit of time aimlessly kicking stones since October," before another bout of vertigo befalls them. On the surface, anyway, they're acting as if "things are looking up." In fact, he asserts "nothing's up save for the hot-air balloons... analysts are going around in these days."

He marvels at the fact that so many global markets are still far above the lows set back in October 2002, even as a number of indicators "across industries and measures of economic activity are beginning to hit 10-year and 20-year lows."

We'll keep seeing such "sucker rallies" for a spell, he warns. But mistake them for the real thing at your peril. He's especially wary of the emerging markets (like Brazil and certain Chinese markets) that have handily outperformed U.S. equities in recent months, cautioning they "look set to resume giving pain."

What particularly disturbs him as he glances over the global political and economic landscape is the mounting threat of protectionism. Bernanke, he grants, may be a "scholar of the Great Depression," and central bankers and finance ministers all dutifully sing the praises of free trade.

Which is fine, he says, but "the political pulls and pressures from citizens feeling the pinch of job losses" raises the specter of barriers going up around the world. And, he laments, whether the governments are democracies, like those of the U.S., Western Europe, India, etc., or authoritarian, like that of China, or "in-betweens," like Russia, the clamor "for saving local jobs and production will likely push them toward moves that will only heighten the downward spiral."

For the big cheese, that conjures up images of Smoot-Hawley and all the horrors that odious legislation begot.
Posted by Anonymous Monetarist at 9:56 AM