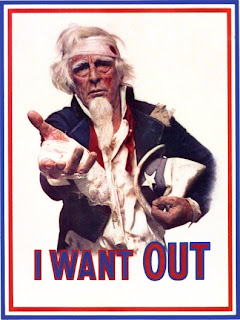 The Capital Markets Subcommittee Chair, Rep. Paul Kanjorski of Pennsylvania, tells C-Span how the world economy almost collapsed in a matter of hours.

At 2 minutes, 20 seconds into this C-Span video clip, Kanjorski reports on a "tremendous draw-down of money market accounts in the United States, to the tune of $550 billion dollars." According to Kanjorski, this electronic transfer occured over the period of an hour or two.

Kanjorski: "The Treasury opened its window to help. They pumped a hundred and five billion dollars into the system and quickly realized that they could not stem the tide. We were having an electronic run on the banks. They decided to close the operation, close down the money accounts, and announce a guarantee of $250,000 per account so there wouldn't be further panic and there. And that's what actually happened. If they had not done that their estimation was that by two o'clock that afternoon, five-and-a-half trillion dollars would have been drawn out of the money market system of the United States, would have collapsed the entire economy of the United States, and within 24 hours the world economy would have collapsed."

"It would have been the end of our political system and our economic systems as we know it."

( Add on 02.11.09: Felix is saying this is rubbish: http://www.portfolio.com/views/blogs/market-movers/2009/02/11/kanjorski-and-the-money-market-funds-the-facts?tid=true)
Posted by Anonymous Monetarist at 8:12 AM