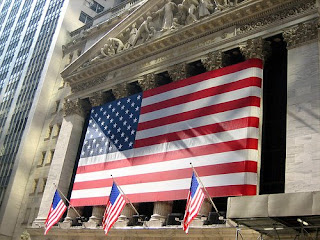 WASHINGTON (AP) - A government watchdog group says the federal government overpaid for stocks and other assets from financial institutions under its $700 billion rescue program.

The chairwoman of the Congressional Oversight Panel for the bailout funds told the Senate Banking committee Thursday that Treasury in 2008 paid $254 billion and received assets worth about $176 billion.

The figures were reached by extrapolating the results of a study of 10 government transactions.

The Center for Responsive Politics does some adding up, and concludes that the 300 TARP recipients between them spent a total of $77 million last year on lobbying, on top of $37 million in federal campaign contributions, for a total of $114 million.
Posted by Anonymous Monetarist at 12:00 PM