Take the mic and make it happen 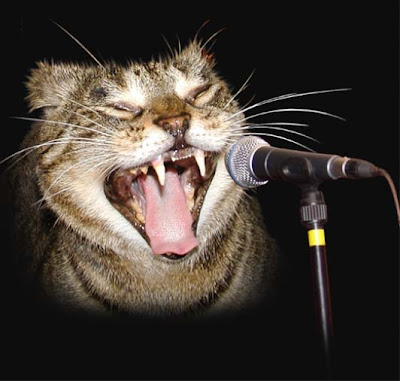 Yet more tales reach us concerning Sir Fred Goodwin's ultimately disastrous tenure at Royal Bank of Scotland. Sir Fred reputed to have been something of an authoritarian boss, apparently kept a karaoke machine at RBS's impressive head office on the outskirts of Edinburgh. Not because he enjoyed a sing-song himself, you understand – no, the idea was that getting top executives to belt out some tunes would hone their competitive instincts.
Posted by Anonymous Monetarist at 5:49 PM