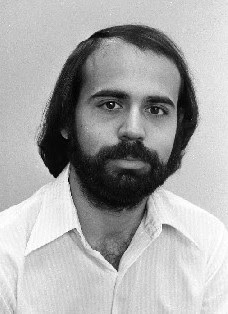 (Bernanke gave a speech today where he starts off doing a FED 101 on the tick-tock of how we got here, admits to the liquidity gap, and states how there won't be terrible inflation in the future cause most of the facilities will automatically unwind. Unless of course they don't. Besides, most of the assets they are purchasing are short term, unless of course in the future they aren't. And then of course if all else fails there are Bennie bills that can go mop up the mess. But the real humor begins towards the end in the section entitled Credit Risk and Transparency: -AM)

Two other frequently asked questions about the Federal Reserve's balance sheet are: First, how much credit risk is the Fed taking in its lending activities? And, second, is the Fed informing the public adequately about these activities?

(Reaaaally... enquiring minds would like to know. Do tell.-AM)

To address the first question, for the great bulk of Fed lending, the credit risks are extremely low. The provision of short-term credit to financial institutions--our traditional function--exposes the Federal Reserve to minimal credit risk, as the loans we make to financial institutions are generally short-term, overcollateralized, and made with recourse to the borrowing firm. (That's great! I'm sure that when you show us that list we'll all agree with that!- AM) In the case of the liquidity swaps, the foreign central banks are responsible for repaying the Federal Reserve, not the financial institutions that ultimately receive the funds, and the Fed receives an equivalent amount of foreign currency in exchange for the dollars it provides foreign central banks.(Doesn't that expose us to currency risk?-AM) The Treasury stands behind the debt and other securities issued by the GSEs.(Well if the markets believed that you wouldn't have to buy it would you?-AM)

Our special lending programs have also been set up to minimize our credit risk. The largest program, the commercial paper funding facility, accepts only the most highly rated paper. It also charges borrowers a premium, which is set aside against possible losses. And the TALF, the facility that will lend against securities backed by consumer and small business loans, is a joint Federal Reserve-Treasury program, as I mentioned, and capital provided by the Treasury will help insulate the Federal Reserve from credit losses. (Credit losses? I thought you never lost money. And by highly rated do you mean AAA or what the CDS are saying? Maybe you should check on the latter.-AM)

The transactions we undertook to prevent the systemically destabilizing failures of Bear Stearns and AIG, which, as I noted, make up about 5 percent of our balance sheet, carry more risk than our traditional activities. But we intend, over time, to sell the assets acquired in those transactions in a way that maximizes the return to taxpayers, and we expect to recover the credit we have extended.(Translation: My successor will have to deal with that one, I should be long gone by then.-AM) Moreover, in assessing the financial risks of those transactions, once again one must also consider the very grave risks our nation would have incurred had public policy makers not acted in those instances.(Flushing 150+ billion down the AIG blackholio is a lot easier than having to say oh my stars and garters did we @#!$# up! - AM)

On the second question, transparency, I firmly believe that central banks should provide as much information as possible, both for reasons of democratic accountability and because many of our policies are likely to be more effective if they are well understood by the markets and the public. During my time at the Federal Reserve, the FOMC has taken important steps to increase the transparency of monetary policy, such as moving up the publication of the minutes of policy meetings and adopting the practice of providing projections of the evolution of the economy at longer horizons and four times per year rather than twice.(But you won't be able to get the list of what collateral we took, what we paid, what the credit risk is, whether we're overcollateralized or not and what recourse we may or may not have... nyah nyah -AM)

Later today, with the release of the minutes of the most recent FOMC meeting, we will be making an additional significant enhancement in Federal Reserve communications: To supplement the current economic projections by governors and Reserve Bank presidents for the next three years, we will also publish their projections of the longer-term values (at a horizon of, for example, five to six years) of output growth, unemployment, and inflation, under the assumptions of appropriate monetary policy and the absence of new shocks to the economy. These longer-term projections will inform the public of the Committee participants' estimates of the rate of growth of output and the unemployment rate that appear to be sustainable in the long run in the United States, taking into account important influences such as the trend growth rates of productivity and the labor force, improvements in worker education and skills, the efficiency of the labor market at matching workers and jobs, government policies affecting technological development or the labor market, and other factors. The longer-term projections of inflation may be interpreted, in turn, as the rate of inflation that FOMC participants see as most consistent with the dual mandate given to it by the Congress--that is, the rate of inflation that promotes maximum sustainable employment while also delivering reasonable price stability. This further extension of the quarterly projections should provide the public a clearer picture of FOMC participants' policy strategy for promoting maximum employment and price stability over time. Also, increased clarity about the FOMC's views regarding longer-term inflation should help to better stabilize the public's inflation expectations, thus contributing to keeping actual inflation from rising too high or falling too low. (OK, we're going to admit that we are inflation targeting , now go shop willya?-AM)

Likewise, the Federal Reserve is committed to keeping the Congress and the public informed about its lending programs and balance sheet. For example, we continue to add to the information shown in the Fed's H.4.1 statistical release, which provides weekly detail on the balance sheet and the amounts outstanding for each of the Federal Reserve's lending facilities. Extensive additional information about each of the Federal Reserve's lending programs is available online.3 The Fed also provides bimonthly reports to the Congress on each of its programs that rely on the section 13(3) authorities. Generally, our disclosure policies are consistent with the current best practices of major central banks around the world.(Hey we're not lifting up our skirts until everyone does. And if they do we'll make another excuse. Don't much care if Bloomberg or Fox sues... bite the hand or be the hand baby!-AM) In addition, the Federal Reserve's internal controls and management practices are closely monitored by an independent inspector general, outside private-sector auditors, and internal management and operations divisions, and through periodic reviews by the Government Accountability Office.
(Nuff said! -AM)
Posted by Anonymous Monetarist at 12:37 PM