The Warren Report and the Fee Media 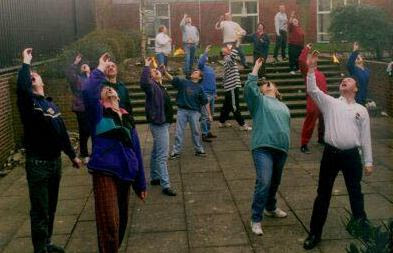 (Reported by the UK Guardian overnight and as of this blog entry per Google News only picked up by Cleveland Leader, yesterday; Huffington Post, 22 hours ago; the Business Insider, 16 hours ago; and now Marketwatch, 2 hours ago.... Will this create a firestorm or will the MSM swallow the fire?-AM)

Marketwatch: And, the U.K.'s Guardian reported on Sunday that the Harvard Law professor Elizabeth Warren, who is the head of a Congressional oversight committee for the government's Troubled Asset Relief Program (TARP) would call for the removal of the top executives at Citigroup, American International Group and other firms that have received money under the plan.
The paper quoted Warren as saying that, ""It is crucial for these things to happen. Japan tried to avoid them and just offered subsidy with little or no consequences for management or equity investors, and this is why Japan suffered a lost decade.


Elizabeth Warren, chief watchdog of America's $700bn (£472bn) bank bailout plan, will this week call for the removal of top executives from Citigroup, AIG and other institutions that have received government funds in a damning report that will question the administration's approach to saving the financial system from collapse.

Warren, a Harvard law professor and chair of the congressional oversight committee monitoring the government's Troubled Asset Relief Program (Tarp), is also set to call for shareholders in those institutions to be "wiped out". "It is crucial for these things to happen," she said. "Japan tried to avoid them and just offered subsidy with little or no consequences for management or equity investors, and this is why Japan suffered a lost decade." She declined to give more detail but confirmed that she would refer to insurance group AIG, which has received $173bn in bailout money, and banking giant Citigroup, which has had $45bn in funds and more than $316bn of loan guarantees.

Warren also believes there are "dangers inherent" in the approach taken by treasury secretary Tim Geithner, who she says has offered "open-ended subsidies" to some of the world's biggest financial institutions without adequately weighing potential pitfalls. "We want to ensure that the treasury gives the public an alternative approach," she said, adding that she was worried that banks would not recover while they were being fed subsidies. "When are they going to say, enough?" she said.

She said she did not want to be too hard on Geithner but that he must address the issues in the report. "The very notion that anyone would infuse money into a financially troubled entity without demanding changes in management is preposterous."

The report will also look at how earlier crises were overcome - the Swedish and Japanese problems of the 1990s, the US savings and loan crisis of the 1980s and the 30s Depression. "Three things had to happen," Warren said. "Firstly, the banks must have confidence that the valuation of the troubled assets in question is accurate; then the management of the institutions receiving subsidies from the government must be replaced; and thirdly, the equity investors are always wiped out."

(How in the name of Edward R. Murrow is this first picked up by the Brits and then first reported stateside by the Cleveland Leader? Free Media or Fee Media? -AM)
Posted by Anonymous Monetarist at 12:35 PM