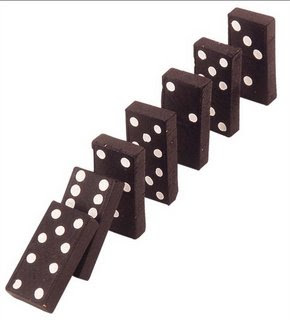 (Currency devaluation is the protectionist measure that we should be the most afraid of, for it will be done under the guise of stabilization, and can be duplicated by neighbors immediately. If enough folks strike this match even the greenest of green shoots will blaze.-AM)

Watch Switzerland closely. It is tipping into deflation, the first Western country to succumb to Japan's disease.

Swiss consumer prices fell 0.4pc in March (year-on-year). Swiss CPI will be minus 1pc at least by July, nearing the level where spending psychology changes. By the time you have a self-feeding spiral, it is too late.

"This is something that we must prevent at all costs. The current situation is extraordinarily serious," said Philipp Hildebrand, a governor of the Swiss National Bank.

The SNB is not easily spooked. It is the world's benchmark bank, the keeper of the monetary flame. Yet even the SNB's hard men have thrown away the rule book, taking emergency action to force down the exchange rate of the Swiss franc.

Here lies the danger. If other countries try to export deflation by this means, we will face a second phase of the global crisis. Taiwan is already devaluing. Korea, Singapore, and Sweden all seem tempted to follow. Japan is chomping at the bit.

"We don't fully realise in the West what a catastrophic collapse Japan has suffered," says Albert Edwards, global strategist at Société Générale. "The West has dumped a large part of its economic downturn onto Japan by devaluing against the yen."

This is about to go into reverse as Tokyo hits the ping-pong ball back across the net. "As the unfolding collapse in the yen gathers pace, the West will see its green shoots incinerated to dust," he said.

Japan's industrial output fell 38pc in February (year-on-year), mostly concentrated into the last four months. No major economy imploded at this speed in the 1930s. The country has been hit by a double shock. As an export power it has taken the brunt of Anglo-Saxon belt-tightening: as the world's top creditor it is cursed by a "safe-haven" currency that soars in moments of danger – largely because the Japanese bring home their wealth till the storm passes. Normally, Japan can cope. This time, the yen's rise has pushed the economy over a cliff.

The yen must come back down to earth, and soon, or Japanese society will start to disintegrate. If necessary, the Bank of Japan will force it down by intervention, as occurred in 2003-2004.

Will China stand idly by as Japanese unleashes a shock to the global system through competitive devaluation? That depends whether you think China's spring recovery is the real thing, or an inventory build-up before the next downward slide. The Communist Party says 20m jobs have been lost since the bubble burst. This cannot be tolerated for long.

It is remarkable that China's fall into deflation has attracted so little notice. China's CPI was minus 1.6pc in February. The country has built too many factories producing goods that the world cannot absorb. The temptation is to shunt this excess capacity abroad. A faction of the politburo is already itching to devalue the yuan.

Of course, Britain has already played the currency card. That is different. The pound's fall, though welcome, is a side-effect of the Bank of England efforts to stem the credit crunch. There has been no currency intervention.

Crucially, Britain has a current account deficit. Many countries toying with devaluation are exporters with surpluses – 15.4pc of GDP for Singapore, 8.4pc for Switzerland, and 6.1pc for China. If these countries refuse to let their imbalances correct, world demand must implode.

Mr Hildebrand denies that the SNB is pursuing a "beggar-thy-neighbour' strategy. Like the yen, the franc suffers from the safe-haven curse: everybody buys it in a storm. This tightens monetary conditions. The SNB cannot easily offset this. It has already cut interest rates to near zero. There are not enough Swiss government bonds in the market to rely on the sort of "QE" asset purchases being carried out by the Bank.

Ultimately, I suspect this crisis may mark the moment when the Swiss franc loses its safe-haven role. Credit default swaps (CDS) measuring risk on five-year government debt have reached 127 for Switzerland, higher than Britain at 118. Norway has the world's lowest CDS at 48, reflecting its status as a petro-democracy.

Switzerland's banks are over-leveraged. Loans to emerging markets equal 50pc of GDP (half to Eastern Europe). Banking secrecy is dying. Fortunately for the Swiss, they have built up $700bn in net foreign assets for a rainy day. Improvident Britons are less lucky. But that is another story. What we risk now is a game of deflation "pass-the-parcel" worldwide. The economic establishment was caught off guard from 2003 to 2007 because it overlooked the way that Asia's unbalanced relationship with the West was feeding a credit bubble.

It may be caught again as the same warped structure leads to a chain of (panicked) devaluations.

Enjoy the "bear-trap" rally on global bourses this spring. But remember, we have only just begun to see the mass lay-offs and hardship caused by this slump. The politicians will act to save their skins. Markets may not like the result.
Posted by Anonymous Monetarist at 12:57 PM