I thought green shoots were on the menu ... 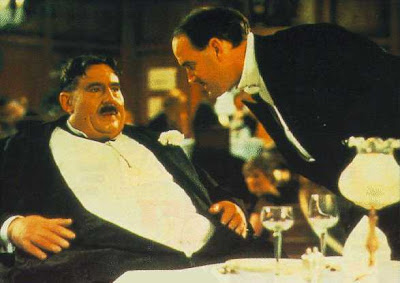 BOSTON (Reuters) - Two-thirds of U.S. chief executives plan additional layoffs and expect sales to decline in the next six months as their confidence in the economy continues to fall, according to a survey released on Tuesday.

The Business Roundtable's quarterly CEO Economic Outlook Index fell to negative 5 -- the first negative reading in the survey's six-year history -- and down from a fourth-quarter reading of 16.5. A reading below 50 means CEOs expect economic contraction rather than growth.

The poll of 100 U.S. CEOs found they now expect real U.S. gross domestic product to decline 1.9 percent this year. That is below their December forecast, which anticipated flat GDP.

According to the survey, 71 percent of the CEOs expect to cut their U.S. work forces over the next six months, and 66 percent expect to reduce capital spending. Lower sales are expected by 67 percent.

The survey was conducted between March 16 and March 27, a time when U.S. stocks were rallying, with the Dow Jones industrial average rising as much as 25 percent from its March 6 low.
Posted by Anonymous Monetarist at 10:14 AM