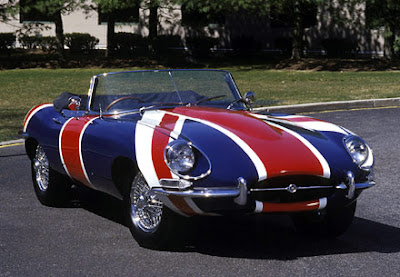 (Time to take the frickin' shaguar to what will be one heck of a mojo rally. -AM)

Banks remain riddled with toxic assets. This is true however much one chooses to ignore it. One reason for the recent rally in bank stocks was a shift in focus from balance sheets towards the sector’s renewed earnings power. Fair enough – banks are making oodles of cash from strong flows and a steep yield curve, and will probably muddle though the upcoming results season.

But the bigger issue for investors is whether banks’ new earnings potential can counteract the inevitability of further writedowns. That depends on forecasts for revenues and the extent, and timing, of losses. Oliver Wyman and Morgan Stanley have taken a stab at estimating the former. They reckon global wholesale banking revenues in 2010 will be about $220bn, helped by “volatility products” such as foreign exchange, fixed income, money markets and commodities. And thank goodness: the same research estimates that 60 per cent of Credit Suisse’s 2006 revenues, for example, were from products the Swiss bank will probably not even touch in future, such as highly structured derivatives.

How does that compare to losses? Many, including the IMF, expect total global credit losses to approach $4,000bn as the economic slowdown means that more traditional forms of lending become toxic. Assuming banks account for three quarters of losses, and they have already torched $915bn, according to Bloomberg, that equates to 14-odd years of revenues (other things, such as capital ratios, being equal).

Some writedowns will turn up beyond the big wholesale banks, of course. And if the economy improves or a liquidity discount does prove to exist in some assets, estimates for losses will be far smaller. But on the flip side, $200bn-odd of forecast global revenues only takes banks back to 2005 levels. It would be a brave soul who thinks the sector will be let off that lightly. No wonder delaying writedowns for as long as possible – an even worse option – seems attractive.
Posted by Anonymous Monetarist at 1:54 PM