The Federales Guide to Reality 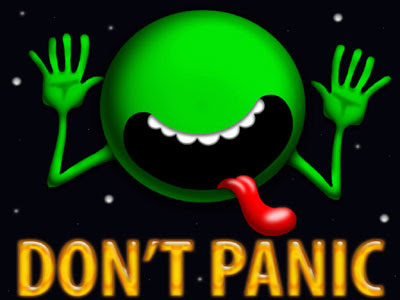 Federales: Come off it Mr. Market you can’t win you know! Look, there’s no point in lying down in the path of progress!

Mr.Market: I’ve gone off the idea of progress it’s overrated.!

Federales: But you must realize that you can’t lie in front of the bulldozers indefinitely!

WASHINGTON, April 15 (Reuters) - The U.S. government will release some results of its bank stress tests in May as it tries to diagnose problems and stabilize the ailing banking sector, the White House said on Wednesday.

"Early in May, you will see in a systematic and coordinated way the transparency of determining and showing to all involved some of the results of these stress tests," White House spokesman Robert Gibbs said.

The tests will assess how much of a "capital cushion" the banks are likely to need to stay healthy, given the current economic environment, he said.

"Our hope is that banks that are not healthy, or need help, will first and foremost seek that help privately, and then we'll take steps from there to assist them," Gibbs said.

The tests are "a part of a longer process toward bringing some stability to the financial system," he said.

U.S. regulators are preparing a guide to explain to the public the bank stress tests and how to interpret the results, sources have told Reuters.

Bloomberg: The regulators plan to publish the so-called white paper within the next two weeks, ahead of the release of results by early May, in an effort to bolster credibility in the process.

According to Geithner, the idea for The Federales' Guide To Reality came to him whilst he was hitchhiking around New York. He was lost, unable to communicate with the natives, which drove him to purchasing beer and lying in a field in the middle of Central Park, pondering the nature of his ineffectual guide book and thinking that if somebody would write The Federales' Guide To Reality he would be “off like a shot”. -AM)
Posted by Anonymous Monetarist at 5:10 PM