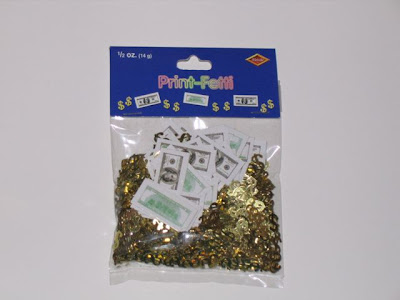 (Hmmm .. Federales worried that some banksters won't be able to settle in dollars? Perhaps they are just planning for 2011, after all foreign currencies may be a tad more expensive then... -AM)

The Federal Reserve and four other central banks announced a currency swap arrangement that will give the U.S. central bank access to as much as $285 billion in euros, yen, British pounds and Swiss francs.

“Should the need arise, euro, yen, sterling and Swiss francs would be provided to the Federal Reserve via these additional swap arrangements with the relevant central banks,” the Fed said in a statement today. “Central banks continue to work together and are taking steps as appropriate to foster stability in global financial markets.”

The plan, if used, “would enable the provision of foreign currency liquidity” by the Fed to U.S. financial institutions, the U.S. central bank said.

The currency swaps have been authorized through Oct. 30 by the Federal Open Market Committee and are not yet implemented, a sign that central bankers may see no urgent need for the currency lines at the moment. What’s more, the Fed hasn’t described how it would distribute the currency. One option would be to loan it through the discount window.

“In a regime of greater international cooperation among central banks, it makes sense” for the Fed to have open lines for foreign currency, said Brian Sack, vice president at Macroeconomic Advisers LLC in Washington and a former Fed Board economist. “I don’t think it is an irrational response for investors to ask if the central bank is worried about something.”
Posted by Anonymous Monetarist at 1:24 PM