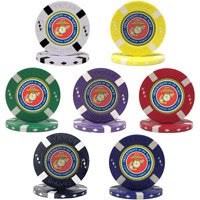 WASHINGTON: The Chinese cyber spies have penetrated so deep into the US system — ranging from its secure defence network, banking system, electricity grid to putting spy chips into its defence planes — that it can cause serious damage to the US any time, a top US official on counter-intelligence has said.

“Chinese penetrations of unclassified DoD networks have also been widely reported. Those are more sophisticated, though hardly state of the art,” said National Counterintelligence Executive, Joel Brenner, at the Austin University Texas last week, according to a transcript made available on Wednesday.

Listing out some of the examples of Chinese cyber spy penetration, he said: “We’re also seeing counterfeit routers and chips, and some of those chips have made their way into US military fighter aircraft.. You don’t sneak counterfeit chips into another nation’s aircraft to steal data. When it’s done intentionally, it’s done to degrade systems, or to have the ability to do so at a time of one’s choosing.”

Referring to the Chinese networks penetrating the cyber grids, he said: “Do I worry about those grids, and about air traffic control systems, water supply systems, and so on? You bet I do. America’s networks are being mapped. There has also been experience of both Chinese and criminal network operations in the networks of some of the banks”.
Posted by Anonymous Monetarist at 6:18 PM