Oh Goldie ... Nobody Does it Better 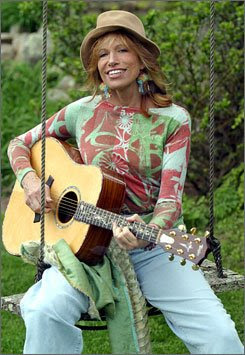 (So Smells Fargo and Goldie come out with boffo results that are immediately celebrated by Bubblevision and Hee Haw but upon closer inspection generate skepticism. What a shock. Still you have to be impressed by Goldie's ability to get their equity pumped up to $130 so they could get more bagholders to dilute their exixting commons at a 'discount' of $123. At last glance it looks like these new bagholders will be down almost 10% on the day. Ah Goldie, no one does it half as good as you, baby you're the best....-AM)

Goldman Sachs Group Inc. headed for the biggest decline in almost two months in New York trading after Standard & Poor’s said the bank’s better-than-estimated earnings may not be sustainable.

First-quarter profit of $1.81 billion was concentrated in Goldman Sachs’s fixed-income trading business, the rating company said in a report today. S&P left in place its negative outlook on the New York-based firm’s credit rating of A.

“Coupled with persisting weak economic conditions and capital markets turmoil, we believe it would be premature to conclude that a sustained turnaround” in Goldman Sachs’s financial performance is under way, S&P wrote.

“People are questioning the sustainability of the first- quarter results,” said Roger Freeman, an analyst at Barclays Capital in New York who rates Goldman Sachs stock “neutral.” At the current share price, “you’re basically paying for an earnings recovery that is not guaranteed yet.”
Posted by Anonymous Monetarist at 2:48 PM