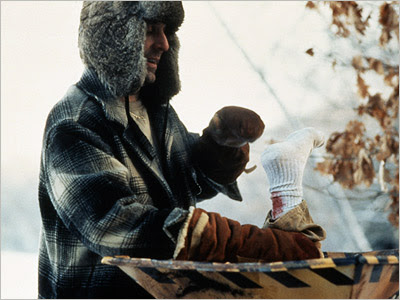 Wells Fargo & Co., the second- biggest U.S. home lender, may need $50 billion to pay back the federal government and cover loan losses as the economic slump deepens, according to KBW Inc.’s Frederick Cannon.

KBW expects $120 billion of “stress” losses at Wells Fargo, assuming the recession continues through the first quarter of 2010 and unemployment reaches 12 percent, Cannon wrote today in a report. The San Francisco-based bank may need to raise $25 billion on top of the $25 billion it owes the U.S. Treasury for the industry bailout plan, he wrote.

First-quarter net income rose 50 percent to about $3 billion, Wells Fargo said last week in announcing preliminary results that topped the most optimistic Wall Street estimates and sparked a 32 percent jump in the stock. The bank attributed the profit to a surge in mortgage originations and revenue from Wachovia Corp., acquired in December. Full results are scheduled for April 22.

“Details were scarce and we believe that much of the positive news in the preliminary results had to do with merger accounting, revised accounting standards and mortgage default moratoriums, rather than underlying trends,” wrote Cannon, who downgraded the shares to “underperform” from “market perform.” “We expect earnings and capital to be under pressure due to continued economic weakness.”

Wells Fargo raised its provision for loan losses by $4.6 billion in the quarter, below Cannon’s estimate of $5.4 billion. FBR Capital Markets analyst Paul Miller wrote after the announcement last week that he expected a $6.25 billion increase.

Net charge-offs were $3.3 billion in the quarter, compared with $2.8 billion in the previous period at Wells Fargo and $3.3 billion at Wachovia. The current numbers are artificially low because consumers received tax refunds and a there was a moratorium on some mortgage defaults, wrote Cannon, who predicts a “re-acceleration” of charge-offs in the second quarter.

The ability of Wells Fargo and 18 other U.S. banks to withstand further economic deterioration is being determined by the government’s stress tests, which will be completed by the end of April. Treasury Secretary Timothy Geithner expects that some lenders will require “large” amounts of capital.

While Wells Fargo is likely to pass the test, regulators may “push for higher capital levels,” wrote Credit Suisse analyst Moshe Orenbuch in New York, who initiated the shares with a “neutral” rating today.