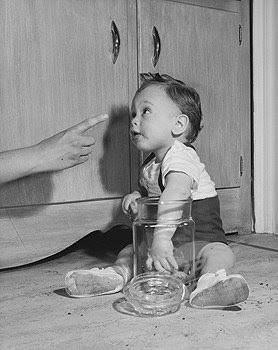 The Treasury’s chief watchdog for the U.S. financial rescue program is probing whether American International Group Inc. paid more than necessary to banks including Goldman Sachs Group Inc. after the insurer’s bailout.

Neil Barofsky, special inspector general for the Troubled Asset Relief Program, opened an audit last week into whether there were attempts made by New York-based AIG or the government to reduce the payments, according to an April 3 letter to Representative Elijah Cummings. The Maryland Democrat had requested the probe last month along with 26 other members of Congress.

Lawmakers, frustrated with the cost of an AIG bailout that has expanded three times, have asked why about $50 billion was paid after the initial September rescue to banks that bought credit-default swaps from the firm. The audit will reveal who made “critical decisions” regarding the payments and provide an explanation for the actions, Barofsky said.

“To what extent did AIG pay counterparty claims at 100 percent of face value and was any attempt made to renegotiate and close out these claims with ‘haircuts?’” Barofsky wrote. “Questions concerning whether AIG paid more than necessary to counterparties and whether Treasury adequately monitored such payments are clearly relevant.”

AIG, under pressure to show how its $182.5 billion U.S. bailout was being spent, revealed on March 15 that banks including Goldman Sachs, Deutsche Bank AG and Societe Generale SA were top recipients.

Barofsky will also examine if there was any review about the ability of banks “such as Goldman Sachs” to sustain losses on the swaps, he said in the letter. Barofsky is a former New York-based federal prosecutor who was made inspector general for the $700 billion TARP plan in December.

The lawmakers’ query concerns payments made to unwind some of AIG’s swaps, contracts similar to insurance that pay investors if bonds don’t pay as promised. AIG sold swaps to more than 20 U.S. and foreign banks.

“We would like to know if the AIG counterparty payments, as made, were in the best interests of the taxpayers,” lawmakers led by Cummings said in a March 25 letter to Barofsky.

Competing insurers including Ambac Financial Group Inc. and the predecessor of Syncora Holdings Ltd. reached agreements with banks such as Citigroup Inc. and Merrill Lynch & Co. to cancel similar contracts at discounts to their expected losses.

After AIG was rescued by the U.S. from collapse last year, banks that bought credit-default swaps got $22.4 billion in collateral and $27.1 billion in payments to retire the contracts, the insurer said last month. (The infamous doublemint bailout.-AM)The letter from Congress asked whether holders received 100 cents on the dollar for their securities, even if they hadn’t defaulted.
Posted by Anonymous Monetarist at 1:40 PM