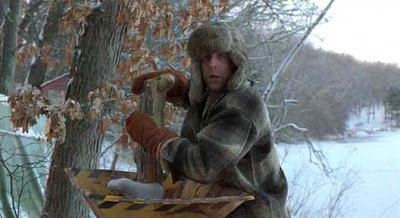 Wells Fargo ( WFC - news - people ) benefited from factors that were general to the industry, as well as specific to the firm. "The strength of its revenue items, such as net interest income and fee earnings, was solid," analyst Frederick Cannon of KBW says. "Wells was also helped by the Wachovia deal, and was able to benefit from credit costs this quarter because of delinquent loans from Wachovia that were already marked down, and in terms of accounting that helped considerably."

Cannon was surprised that Wells has yet to take a significant charge from its purchase of Wachovia, which helped its capital position in the first quarter. "They initially had said the charge would be lower than $10.0 billion, but up to today they've only taken $77.0 million," Cannon said.

“The shocker was that they only had only $3.3 billion [in] charge offs,” said Whitney Tilson of hedge fund manager T2 Partners, in a CNBC interview Wednesday afternoon. “It’s weird, because in Q4 Wachovia and Wells Fargo together had $6.1 billion in charge-offs, and then in a quarter in which things were terrible, those charge offs fell by 50 percent … They’re going to have a lot of losses over the next couple of years, [and] anyone baselining at $3.3 billion in charge offs per quarter is crazy.”

Ramsden of Goldman Sachs noted that Wells Fargo is still thoroughly under the government’s thumb unless it can pull off another rich stock offering. “On capital, Wells Fargo expects [tangible common equity] ratio to improve to above 3.1% in 1Q. This is clearly a positive although we would note that Tier 1 ratio excluding TARP is still likely to be around 6%, which would make it hard for Wells Fargo to disentangle from the government without a capital raise.”

Wells Fargo joined a clutch of banks who declared their intention to pay back TARP capital quickly: Goldman Sachs, J.P. Morgan, PNC Financial Services, U.S. Bancorp and others have all sworn to throw off the yoke of government control as soon as possible.

Wells Fargo is not as well-positioned to pay back TARP capital as those banks, however. Wells’ key ratio of tangible common equity to tangible assets — a measure of a bank’s capital strength — is only 2.38, the lowest ratio of any of the big banks that have publicly committed to paying back TARP funds

Wells Fargo CFO Howard Atkins discusses the banks $3 billion reported first quarter 2009 earnings. Atkins hypes the impact of mortgages to the bottom line, due to low interest rates and foreclosure selling no doubt, but shockingly admits at the 7:45 mark that with the writedowns that would have been required by Mark to Market the bank actually lost money on the quarter.

To put it another way, Wells Fargo made money because the government allowed them to play "let's pretend your assets are worth something".

(Oh and lastly how soon we all forget but on March 25th Moody's downgraded Smells Fargo...-AM)

The rating agency cut Wells Fargo's preferred stock rating to B2 from A2. Wells Fargo's short-term rating was affirmed at Prime-1.

All ratings have a stable outlook except for the BFSR and preferred stock rating, where the outlook is "developing" because of concerns that tight equity markets may spur U.S. government support for the San Francisco-based banking giant, which has assets of $1.3 trillion.

"The downgrades of the BFSR and the preferred stock ratings reflect Moody's view that Wells Fargo's capital ratios could come under pressure in the short-term, increasing the probability that systemic support will be needed," said Moody's.

The rating actions come as Moody's recalibrates some of the weights and relative importance attached to certain rating factors within its current bank rating methodologies. Capital adequacy, in particular, is taking on increasing importance in determining BFSRs in the current environment. Meanwhile, debt and deposit ratings are expected to reflect higher support assumptions for systemically important institutions during this global financial crisis.

The downgrade of Wells Fargo's BFSR to D+ from B reflects the increased probability of systemic capital support due to Moody's view that Wells Fargo's capital ratios could fall to comparatively low levels.

"The BFSR is driven by Wells Fargo's capital challenges, which are made more acute because U.S. banks' access to the equity market is shut or very limited at best," said Moody's. "This increases the likelihood of a capital initiative by the U.S. government to support Wells Fargo. The BFSR is intended to express an opinion about the likelihood of such an event."

Wells Fargo's comparatively low capital ratios -- especially its tangible common equity ratio -- result from its acquisition of Wachovia. In Moody's opinion, the amount of equity that Wells Fargo raised was modest in comparison to the amount and quality of assets it acquired from Wachovia.

Moody's does not expect Wells Fargo to generate sizable amounts of capital until the second half of 2010, at the earliest. "Wells Fargo will need to take provisions and merger expenses -- predominantly in 2009 and into 2010 -- against those Wachovia assets that were not marked down on Dec. 31, 2008," according to the rating agency.

Also, a challenging housing market and higher unemployment will result in higher loan-loss provisions for the legacy Wells Fargo portfolio, and additional charges beyond Wells Fargo's lifetime loss estimate of approximately 29% against the legacy Wachovia option-ARM portfolio cannot be ruled out.
Posted by Anonymous Monetarist at 10:36 AM

I recently came across your blog and have been reading along. I thought I would leave my first comment. I dont know what to say except that I have enjoyed reading. Nice blog. I will keep visiting this blog very often.

Thank you for your kind comments.