It's not a stress test it's an IQ test 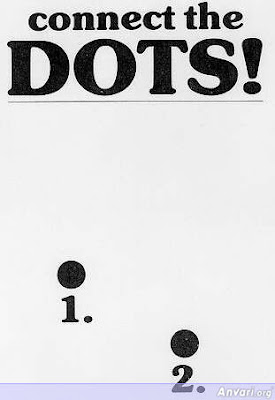 Perhaps the funniest bit that's come out the last few days is Timmy G waxing that most banks are well capitalized and that he won't need any additional funds to perform bank rescues. That's logically equivalent to stating that most folks are law-abiding so as a result we don't need prisons and spiritually equivalent to saying that since most folks are virtuous we no longer need hell.

As the Federales implement their version of 'No Big Bankster Left Behind', events overseas are casting a more realistic foreshadow... 1) the German bad bank plan has been whittled down to 2 versions, one big bad bank or a bunch of small bad banks (pretty much the same as the Soros' side pocket plan which is the only approach I've seen advocated that would seem to have a chance at working), and 2) the IMF declaring that bad loans in the U.S. will crest past that seen in the Great Depression and one might as well, regardless of domicile, go sailing until at least spring of 2010.

Britain deflating, Japan imploding, China becoming the commodity cycle master (buying to diversify reserves, selling to reduce their 'yuan cost average'), Eastern Europe collectively not opening up their bills to see what their foreign denominated debt balance is this month... and what is the collective Yankee response?, soothing proclamations that the arse has arrived or is at least forming or is perhaps guardedly showing signs of settling in and breathless proclamations carried by Hee Haw and Bubblevison that hey we all know that the next 10,000 points will be higher.

And the cherry on the pablum narrative sundae? The stress tests, which frankly are more of an IQ test. Oh the bullisht angst of it all, do the Federales love me or do they love me not? Reading the tea leaves it would appear as if the fix is in and the regional banks will be as Joe was to the Volcano. The Federales have it ingrained into their psyche that the projection of American power is so intertwined with having the world's dominant financial institutions that literally what is good for America and what is good for the top echelon banksters has become logically ubiquitous. Call it deep capture or call it our financial manifest destiny ... it is the cup from which all policy flows.

So get ready for the big surprise folks, the major money center banks are all stressed, most certainly, but they all have the financial strength to weather the storm. Many regionals however will need oodles of capital from the private sector and if they can't get it guess what will happen to them? That's right they will become grist for the 'big bankster' mill so by growing even larger the insolvent zombies can eventually be nursed to health by consuming brains ... uh I mean deposits. Of course a nice taxpayer-financed wrap will be provided to allow this consolidation to occur. Without Congressional approval thank you very much.

Regional banks are about to learn two interconnected lessons: 1) y'all should have spent more money on lobbying and 2) some banksters are more equal than others.
Posted by Anonymous Monetarist at 2:40 PM