Truth is stranger than fiction 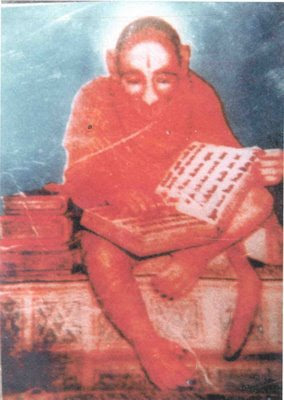 (Even if the results of the 'leaked' stress tests prove to be false methinks that the truth is not much different than this 'alleged' fiction. At the end of the day despite the best efforts of the powers that be one thesis will always assert and reassert itself : the secret is, there are no secrets.-AM)

(Add-on : Calculated Risk gets it exactly right when he asks 'Why are they even responding?' -AM)

The Turner Radio Network has obtained "stress test" results for the top 19 Banks in the USA. (Corrections/clarifications below in bold)

The stress tests were conducted to determine how well, if at all, the top 19 banks in the USA could withstand further or future economic hardship.

When the tests were completed, regulators within the Treasury and inside the Federal Reserve began bickering with each other as to whether or not the test results should be made public. That bickering continues to this very day as evidenced by this "main stream media" report.

1) Of the top nineteen (19) banks in the nation, sixteen (16) are already technically insolvent. (Based upon the “alternative more adverse” scenario which had a 3.3 percent contraction of the U.S. Economy in 2009, accompanied by 8.9 percent unemployment, followed by 0.5 percent growth of the U.S. Economy but a 10.3 percent jobless in 2010.)

2) Of the 16 banks that are already technically insolvent, not even one can withstand any disruption of cash flow at all or any further deterioration in non-paying loans. (Without further government injections of cash)

3) If any two of the 16 insolvent banks go under, they will totally wipe out all remaining FDIC insurance funding.

4) Of the top 19 banks in the nation, the top five (5) largest banks are under capitalized so dangerously, there is serious doubt about their ability to continue as ongoing businesses.

6) Bank of America`s total credit exposure to derivatives was 179 percent of its risk-based capital; Citibank`s was 278 percent; JPMorgan Chase`s, 382 percent; and HSBC America`s, 550 percent. It gets even worse: Goldman Sachs began reporting as a commercial bank, revealing an alarming total credit exposure of 1,056 percent, or more than ten times its capital! (HSBC is NOT in the top 19 banks undergoing a stress test, but is mentioned in the report as an aside because of its risk capital exposure to derivatives)

7) Not only are there serious questions about whether or not JPMorgan Chase, Goldman Sachs,Citibank, Wells Fargo, Sun Trust Bank, HSBC Bank USA, can continue in business, more than 1,800 regional and smaller institutions are at risk of failure despite government bailouts!

The debt crisis is much greater than the government has reported. The FDIC`s "Problem List" of troubled banks includes 252 institutions with assets of $159 billion. 1,816 banks and thrifts are at risk of failure, with total assets of $4.67 trillion, compared to 1,568 institutions, with $2.32 trillion in total assets in prior quarter.

Put bluntly, the entire US Banking System is in complete and total collapse.

For those who may be skeptical about the veracity of the stress test report above, be reminded that only last Sunday, April 12, this radio network obtained and published a Department of Homeland Security (DHS) Memo outlining their concerns that returning US military vets posed a domestic security threat as "right wing extremists." That memo, available here, is marked "FOR OFFICIAL USE ONLY" and contained strict warnings that it was not to be released to the public or to the media. We obtained it and published it days before other media outlets.

Details of certain aspects of the stress test reported above have now been CONFIRMED through REUTERS News service when they disclosed the risk-capital percentages publicly on April 6, 2009 at this link

Further, todays Wall Street Journal (April 20, 2009) is confirming at this link that lending by the largest banks has DECREASED 23% since the government began the T.A.R.P. program, causing many in Congress to ask where the money has actually been going. Apparently, it has been going into propping-up the failing banks instead of out in loans to the public.

Additional details and proofs are forthcoming. . . . . continue to check back on this developing story.

The United States Treasury has openly and brazenly lied regarding our stress test report and we can prove they have lied about it.

This morning, the United States Treasury issued a statement (HERE) claiming they do not yet have the results of the Stress Tests, rebuking our report

How do we know its a lie?

Because of this from April 10th:

April 10 (Bloomberg) -- The U.S. Federal Reserve has told Goldman Sachs Group Inc., Citigroup Inc. and other banks to keep mum on the results of “stress tests” that will gauge their ability to weather the recession, people familiar with the matter said.

The Fed wants to ensure that the report cards don’t leak during earnings conference calls scheduled for this month. Such a scenario might push stock prices lower for banks perceived as weak and interfere with the government’s plan to release the results in an orderly fashion later this month.

How can you be ordered not to release something you don't have?

Since that was published on the 10th of April, we therefore know that the results exist and Treasury, the banks involved and The Fed have them, as The Fed was concerned that some banks might try to use them (perhaps in a misleading fashion) during their first quarter conference calls and earnings releases.

Sorry guys, but whether the Turner Radio Network has the real results or not is no longer material. What's material is the claim that Treasury doesn't have them, since they told the banks on the 10th not to release them, and you can't release what you don't have.

The problem with lying is that eventually you forget your previous lies and thus get caught when you contradict yourself.
Posted by Anonymous Monetarist at 2:27 PM