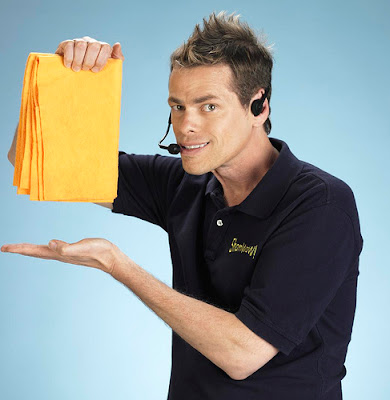 (For those of you keeping score at home this is what the Federales had the audacity to commit to on February 9th... -AM)

The Financial Stability Plan will institute a new era of accountability, transparency and conditions on the financial institutions receiving funds...Increased Transparency and Disclosure: Increased transparency will facilitate a more effective use of market discipline in financial markets. The Treasury Department will work with bank supervisors and the Securities and Exchange Commission and accounting standard setters in their efforts to improve public disclosure by banks. This effort will include measures to improve the disclosure of the exposures on bank balance sheets. In conducting these exercises, supervisors recognize the need not to adopt an overly conservative posture or take steps that could inappropriately constrain lending.

(And of course we all now know what has followed ... -AM)

On April 8th (Reuters): The U.S. Treasury Department is planning to delay the release of any completed bank stress test results until after the first-quarter earnings season to avoid complicating stock market reaction, a source familiar with Treasury’s discussions said on Tuesday.

The source, speaking anonymously because the Treasury has not made a final decision on what to disclose, said officials do not want any test results released before the earnings season wraps up for most U.S. banks on April 24.

The Treasury is still apparently mulling just how to unveil the results as well, considering an "aggregate" release as opposed to an institution-specific result.

and today, Bloomberg : The U.S. Federal Reserve has told Goldman Sachs Group Inc., Citigroup Inc. and other banks to keep mum on the results of “stress tests” that will gauge their ability to weather the recession, people familiar with the matter said.

(Obviously the only thing transparent here is the steady drumbeat of disingeniousness. As succinctly put by unnamed FDIC staffers : It's a sham. -AM)

Posted by Anonymous Monetarist at 11:03 AM