Banksters negotiating with themselves ... the ultimate win-win 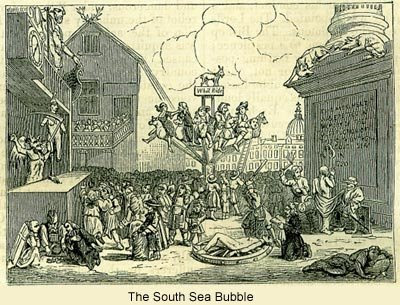 (Hmmm .. bankster buyers and bankster sellers each with an interest in BIDDING UP THE PRICE. The time-honored tradition of the best bubbles history has ever created.-AM)

Hedge funds and small fund companies could get government loans to buy troubled securities from banks after the US Treasury changed the rules of its $1,000bn (€747bn, £679bn) toxic assets plan amid fears that it would benefit only a few large investors.

The Treasury’s decision to amend the plan a fortnight after its creation underlines the difficulties in balancing investors’ demand for speedy measures against the need to avoid rushed moves that cause more problems.

But in guidance, the Treasury said it was considering “opening the programme to smaller fund managers [with less than $10bn of eligible assets under management]”, after it had selected the first batch of fund managers.

Hedge fund managers said the changes could enable smaller groups to take advantage of the cheap leverage being offered by the Treasury to entice investors to buy troubled securities from banks. “Treasury seems to have realised the original plan would have benefited a handful of ‘mega-funds’,” said one.

The authorities said they could appoint more than five fund managers in the first round and extended the application period from April 10 to April 24.

Selected fund managers will have three months to raise $500m from investors – a condition to receive government loans. The Treasury relaxed eligibility rules for the first set of fund managers.

The authorities said failure to meet one of the five original criteria, such as having headquarters in the US and having a record of managing bad assets, did not automatically disqualify an applicant. That could pave the way for foreign fund managers.

The Treasury stood firm on one of the plan’s more controversial points – the ability of banks to participate as buyers of toxic assets. The loophole – reported in the Financial Times – sparked protests that banks would add to their stockpile of bad assets with cheap taxpayers’ funds. (Of course boys and girls because verily, THIS IS THE PLAN. -AM)

The Treasury was seeking applications from a range of institutions and would consider their “overall financial health” before approving proposals.
Posted by Anonymous Monetarist at 10:33 AM