Where's the taxypayer? Blown up sir! 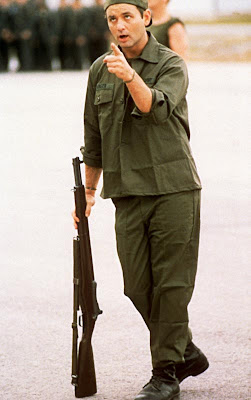 No we're not the same
Cause we don't know the game
What we need is awareness, we can't get careless
You say what is this?
My beloved lets get down to business
Fight the Power.
-Public Enemy

'In the past, the perceived state of randomness was thought to be due to chance. However given the strangeness of math we can show that chaos affects any system that has some sort of sensitive dependence on an initial condition. Any small change or uncertainty in conditions at a starting point will eventually make predictions about the system and its behavior extremely difficult if not impossible.'
-Dimitris N.Chorafas

'The derivatives group received its marching orders from the firm's leader, John Mack. Following Mack's lead, my ingenious bosses became feral multimillionaires: half geek, half wolf. When they weren't performing complex computer calculations, they were screaming about how they were going to "rip someone's face off” or "blow someone up.”'
-Frank Partnoy

(Ripping the taxpayers' face off continues, first some oldies and then today's WSJ. -AM)

It was always the same conversation. Create a synthetic that follows the yield curve but gives you some juice over treasuries. Create some sort of RAV (remote asset vehicle) and then get that AAA pixie dust sprinkled on top of it . Usually the person describing it was a current or past associate of a Master of the Universe.

Yield pigs would line up at the trough if it was as safe as treasuries but had some juice, they proclaimed.

Different than all the known exotics that we've heard of - they spoke about this new 'straw into gold' synthetic.

This synthetic could be applied to anything- hence the RAV- much like Palin's turkey chopper, a construct that would suck in any sizable asset and spit out the synthetic.

Having a Heston moment as I read the WSJ describe how the dirty apes:

The article goes on to say: "Responding to banks' urging, the Treasury department agreed to guarantee the bonds, backing the "full faith and credit" of the U.S. government." "Citigroup, General Electric (as well as JP Morgan and Morgan Stanley named elsewhere) and other companies have signed up to sell bonds under the plan."

Our new monetary industrial policy i.e., synthetic Treausries where the RAV is the issuing company, is fraught with peril. Building a federally mandated sausage factory for the Masters of the Universe will end up making sovereign and private risk ubiquitous and to the detriment of the sovereign.

The Masters of the Universe turned themselves into the RAV, got the AAA pixie dust and put themselves to market. It is not too often where, we the people, get to witness and insure the birth of a new asset class.I'm glad that it is only a liquidity problem and not a solvency problem ...

Goldie and the girls just got the keys to the safety deposit box.

The Temporary Liquidity Guarantee Program has spewed out about a third of a trillion of these 'industrial' treasuries and maintained that level for the last four months.

I expect we'll break the cap, which is twice this level, and extend it several times.

Congress should be doing all it can to remove moral hazard from the financial system. Instead, it is in danger of increasing it.

Instead, Congress is heading in the opposite direction. Legislation being considered already contained features that could end up being used to provide taxpayer backing to bank creditors. But Wednesday the House Financial Services Committee went even further by approving a measure that would allow banks to issue government-backed debt in difficult periods.

It could effectively enshrine a recently expired program that helped banks sell more than $600 billion of subsidized debt during the crisis.

(Nancy Capitalists in a Sovereign Democracy that are hell bent to seek rent. -AM)

(Liquidity crisis? Hit me! -AM)

But making it permanent could dissuade banks from ensuring their balance sheets are more resistant to funding pressures, and bank creditors from doing proper analysis.

Proponents of the measure say there are plenty of other things in the legislation aimed at reducing risk in the banking sector, like tougher capital requirements. But those things don't need debt guarantees to work. If Washington wants bank creditors to do their homework, it needs to leave some uncertainty in the system.

(Damn dirty apes. Its' a madhouse! -AM)
Posted by Anonymous Monetarist at 9:24 AM