How much wood does a woodchuck chuck if it is someone else's wood? 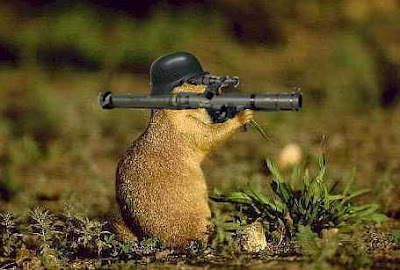 It's your life
And isn't it a mystery
If it's nobody's bus'ness
It's everybody's game.
-Kenny Loggins

WASHINGTON — A widening gap between data and reality is distorting the government’s picture of the country’s economic health, overstating growth and productivity in ways that could affect the political debate on issues like trade, wages and job creation.

(Mistakes were made. -AM)

The shortcomings of the data-gathering system came through loud and clear here Friday and Saturday at a first-of-its-kind gathering of economists from academia and government determined to come up with a more accurate statistical picture.

The fundamental shortcoming is in the way imports are accounted for.

A carburetor bought for $50 in China as a component of an American-made car, for example, more often than not shows up in the statistics as if it were the American-made version valued at, say, $100. The failure to distinguish adequately between what is made in America and what is made abroad falsely inflates the gross domestic product, which sums up all value added within the country.

(Mr. Hand's chimera of currency debacement that masquerades America's wealth exporting machine and is promulgated by our leaders as an exceptional example of America's resiliency. -AM)

“We don’t have the data collection structure to capture what is happening in a real time way, or what is being traded and how it is affecting workers,” said Susan Houseman, a senior economist at the W.E. Upjohn Institute for Employment Research in Kalamazoo, Mich., who has done pioneering research in the field.

(Right in the lumberyard, Susan. -AM)

“We have no idea how to measure the occupations being offshored or what is being inshored.”

(It is just too terribly complicated don't you know. Bwa haha. -AM)

On another front, many argue that labor productivity is rising faster than the pay of workers who made the greater productivity possible. That argument would be watered down if more accurate data showed that productivity had been overstated.

(How much wood does a woodchuck chuck if it is someone else's wood? -AM)

“What we are measuring as productivity gains may in fact be changes in trade,” said William Alterman, assistant commissioner for international prices at the Bureau of Labor Statistics.

Grappling with these blind spots, nearly all of the 80 experts at the conference, which was sponsored by the Upjohn Institute and the National Academy of Public Administration, agreed that the statistics now published tend to overstate the strength of the economy. That view was shared by those who attended from the Bureau of Economic Analysis, the Bureau of Labor Statistics and the Federal Reserve, all big players in measuring economic performance.

U.S. productivity rises at fastest pace in six years ...so what. Over the past decade productivity gains have NOT been accompanied by higher real wages and living standards – a first in US history. Long-time readers know our crusade to debunk the ‘Great US Productivity’ miracle, which rests on faulty, if not fraudulent US economic data that understates inflation, which overstates production(GDP).

Years ago (Sept. 2003 IWRC), Sen. Robert Bennett (R-UT), a former banker, told CNBC that when Easy Al saw that productivity numbers were not showing bigger gains, the worst Fed CEO in history went to the BLS and told them ‘this cannot be true!’ Bennett added, ‘and do you know what, when the BLS reworked the numbers they found huge productivity gains.’

We literally jumped out of our chair when the naive senator unintentionally suggested that Easy Al had the BLS cook the books so Al could keep pumping credit and paper over declining US living standards due to the massive transfer of wealth abroad.

(They cut you in half while you are smiling ear-to-ear , its' magic. -AM)
Posted by Anonymous Monetarist at 7:47 AM