Gordian Naught, the Sword of the Fed, Rentenmarks for everyone 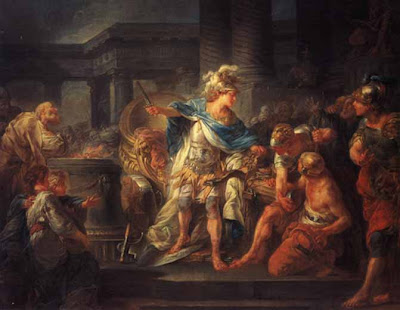 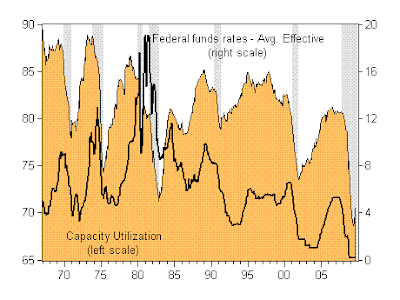 WIKI: At one time the Phrygians were without a legitimate king. An oracle at Telmissus (the ancient capital of Phrygia) decreed that the next man to enter the city driving an ox-cart should become their king. This man was a poor peasant, Gordias, who drove into town on his ox-cart. He was declared king by the priests. This had been predicted in a second way by a sign of the gods, when an eagle had landed on that ox-cart. In gratitude, his son Midas dedicated the ox-cart to the Phrygian god Sabazios (whom the Greeks identified with Zeus) and either tied it to a post or tied its shaft with an intricate knot of cornel (Cornus mas) bark. The ox-cart still stood in the palace of the former kings of Phrygia at Gordium in the fourth century BC when Alexander arrived, at which point Phrygia had been reduced to a satrapy, or province, of the Persian Empire. In 333 BC, while wintering at Gordium, Alexander the Great attempted to untie the knot. When he could find no end to the knot, to unbind it, he sliced it in half with a stroke of his sword, producing the required ends (the so-called "Alexandrian solution"). Once Alexander had sliced the knot with a sword-stroke, his biographers claimed in retrospect that an oracle further prophesied that the one to untie the knot would become the king of Asia.


The Federales' 'I Can't Believe it is not Capitalism' plan, simply stated as the formation of a JV Hedge fund between the Treasury and the FED, has successfully run the carry trade using the sovereign scrip as the funding currency. The underlying thesis? Naught up (destroy the currency) and shut up (we really want a strong dollar, wink,wink,nudge,nudge, say no more).

The Nancy Capitalists with beige books extended have been promised unlimited pudding. Yet even as Chairman Ben commits to monetizing cows to increase the price of milk, many worry that the milk will someday become sour.

The great washed huddle around the Oracle at Eccles to discern what is being prophesied. Petitions by supplicants for an Alexandrian solution are heard as whispers of Bennie Bills abound. Priests and priestesses opine that issuing debt backed by the Fed will take the sword to the Gordian Naught.

Standard of living being destroyed? Of whom do you speak of?

System being corrupted? My dear sir whose system?

In the end it will be rentenmarks for everyone.

WIKI: The Rentenmark (literally, "Security Mark") (RM) was a currency issued on 15 November 1923 to stop the hyperinflation of 1922 and 1923 in Germany. The Rentenmark replaced the Papiermark. Due to the economic crises in Germany after the Great War there was no gold available to back the currency. Therefore the Rentenbank, which issued the Rentenmark, mortgaged land and industrial goods worth 3.2 billion Rentenmark to back the new currency.

Move along nothing to see here.
Posted by Anonymous Monetarist at 11:21 AM