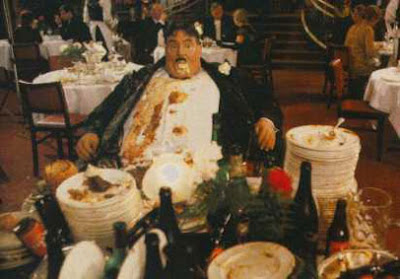 'Consider a turkey that is fed every day. On the afternoon of the Wednesday before Thanksgiving, something unexpected will happen to the turkey. The same hand that feeds you can be the one that wrings your neck. The Black Swan is a sucker's problem.'
-Nassim Taleb

The Vienna Stock exchange remained fairly calm this week in the face of the news regarding the Kreditanstalt. The comment, is made, however, that the existing valuation of most shares almost excludes further depreciation. The Vienna money market continues easy, with offers of short-term foreign credits from America at 3 and one-half per cent, but with little demand for them.

The troubles of the Kreditanstalt are quite unanimously ascribed here to the unsound policy pursued in 1929, when the crippled Bodenkreditanstalt was attached to the larger concern. But the aggravated crisis in Austrian industry has necessarily also had its influence. As a result of the peculiar development of Austrian bank affairs, both of these leading banks had well-nigh become owners of a large portion of Austrian industry.

Losses in such industries as metals, textiles, and petroleum, with many others, thus became the immediate losses of the Kreditanstalt. That institution had not suffered loss through use of its funds in speculation, but the heavy fall in prices for immense parcels of Austrian industrial shares held by it have reacted on the balance sheet, thus impairing the bank's capital.

Under the ordinary operation of Austrian law the bad showing of the statement on which Baron Rothschild, president of the Kreditansalt, insisted, would have made the winding-up of the bank inevitable. Through this process all actual liabilities would have been covered, but on the other hand nearly three-quarters of Austrian industry would have been brought to a standstill.

Since the Rothschilds and the chief shareholders this time had required that the worst should be shown by the balance sheet drawn up, it is not thought that further losses will become evident in the near future. The fact which will cause difficulty is that the Socialists welcome the compulsory of State capitalism, with control of almost all production by the government, and wish to maintain it, whereas the "bourgeois" parties and financial circles desire the speediest possible sale of the credit shares held by the State to an outside syndicate.

(Oh come on admit it, the last paragraph had to make you chuckle, if not wince ... -AM)

Of all the glitzy emirates on the western shore of the Gulf, Dubai is easily the brashest. With the grenade it has just lobbed into the capital markets by calling for a six-month creditor standstill for its flagship Dubai World holding company, it is effortlessly living down to that reputation.

Dubai’s action looks like either a serious misjudgment or, more likely, a breathtaking cock-up.

Dubai had borrowed heavily to build up a non-oil economy based on property, trade and tourism, building up a stock of debt estimated at $80bn, comfortably in excess of national income – although neither its total liabilities nor gross domestic product are known for sure.

The sheer size and exuberance of its property boom was always unsustainable. Dubai doubled in size and house prices almost quadrupled in 2002-07, since when property prices have halved.

Why Dubai World felt the need to defer repayment of a $3.5bn Islamic bond of its Nakheel property subsidiary is a puzzle.

Abu Dhabi stumped up $10bn in February; two of its banks bought $5bn in Dubai paper on Wednesday; a $1.9bn bond issue was three times subscribed three weeks ago; and Dubai is planning to return to the market next month for a further $1.25bn.

It has the money to meet its obligations – unless its debts are significantly greater than stated.

Until now, moreover, there has never been any doubt that Abu Dhabi – senior partner and censorious older brother in the federal United Arab Emirates, owner of the largest sovereign wealth fund in the world (worth perhaps $900bn), and sitting on one tenth of the world’s oil deposits – would stand behind Dubai. Dubai World’s biggest creditors, furthermore, are down the road in Abu Dhabi.

Yet, the Abu Dhabi authorities appear to have had no inkling Dubai was going to spring this surprise.

Something here does not add up. Why would Dubai risk such damage to its reputation when the recovery of its still viable entrepôt model depends on the confidence of the capital markets?
Posted by Anonymous Monetarist at 10:44 AM