The Theophilus Thistle, a 72 plump raisin seeking missle, and a Secular epistle 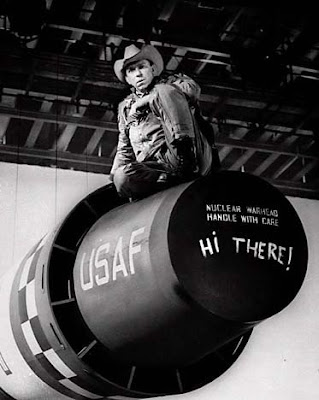 I'm gonna DJ at the end of the world.
-REM

I, not events, have the power to make me happy or unhappy today. I can choose which it shall be. Yesterday is dead, tomorrow hasn't arrived yet. I have just one day, today, and I'm going to be happy in it.” -Groucho Marx

The year was 1988, it was cold as hell in Chicago but I was cool and on fire.

Sub-zero temperatures be dammed I was standing next to my car on the top of a parking garage downtown in just a suit jacket looking out at the plumes rising from a panorama of skyscrapers, it was as if the city itself were alive, her tendrils of breath reaching to the sky.

Fresh out of college as a financial planner, in truth only licensed in life and health but selling stocks, bonds, reits, oil and gas partnerships - you name it - at closing a licensed 'teammate' would be ushered in; I was preparing myself for my first 'big fish' appointment after cold calling the universe.

Originally majoring in computer engineering, I went to poly sci in my 4th year ... an easy way to straight A and maintain the college 'rock and roll' lifestyle. My last year, the 5th chronologically, but 6th if you add up all the intercessions and summer classes, I picked up a minor in finance.

Remember that moment as if it were today. You're just a crass monetarist now, I thought, better not tell all my progressive buddies ... guess I'll be an Anonymous Monetarist.

Thirty minutes later with pen extended and an alternate choice close, I had the 'fee commitment'.

Fast forward to a couple weeks ago and a conversation went as follows:

AM: 'Hey honey I'm a little bit worried that Chicago might get nuked.'

Mrs. Monetarist (looking up from her Oprah magazine) : And?

AM: Why don't we take the kids down to Disney for a couple weeks?

Mrs. Monetarist (sighing): Let me know when you have the flight booked.

Now that folks, is one helluva woman.

Some of the thought process leading up to that conversation have been chronicled in earlier postings.

Here's a synopsis of a breakdown pre-dating this blog.

'Hamid Mir, the Pakistani journalist who has interviewed Osama bin Laden three times, last met with bin Laden in November of 2001, shortly before Bin Laden had to flee Afghanistan. At that time bin Laden told Hamid Mir he had acquired 20 suitcase nukes from the former Soviet Union. Although some people say that suitcase nukes do not exist, they are incorrect. There is a March 4, 2007 article in Parade Magazine on suitcase nukes. And also, both the U.S. and the Soviet Union made hundreds of nuclear artllery shells that can fit in a suitcase, and many of these are missing from the former Soviet Union.

Yossef Bodansky, who was Director of the Congressional Task Force on Terrorism for 16 years, says in his new book "Chechen Jihad" that Osama acquired these nukes in 1997. NewsMax.com reported on July 18, 2004 in the article "Osama's Nukes Traced to Soviet General" that Hans Blix, the IAEA weapons inspector, after investigating the matter, told his colleagues at the IAEA that he believes it is true that Osama did acquire suitcase nukes.

Some people say the nukes would be degraded by now. However the nuclear weapons grade uranium 235 core is still very functional. Uranium 235 has a half life of over 500 hundred years, which means after 500 years, half of it would be degraded, and half of it would still be intact. Although the triggers do degrade, they can be kept functional by routine maintainance every 6 months. We have evidence Osama has a team led by Adnan Shukrijumah, who the FBI calls "the next Mohammed Atta", and who has training in nuclear technology, and this team maintains the nukes for Osama. And Yossef Bodansky says Osama hired 20 Russian SPESNAZ special forces soldiers whose job it had been in the Soviet Union to maintain and service the suitcase nukes for the KGB, to maintain the nukes for Osama. And Hamid Mir reports he met a Ukrainian nuclear scientist who was helping bin Laden when Hamid last saw him.

Here is a rough timeline of events:

1992: Osama assembles a team of scientists and engineers to help him acquire nuclear weapons

2001: August - One month before 9/11, Osama meets with two of A.Q.Khan's nuclear scientists, Dr. Mahmood and Dr. Majid, to discuss Osama's nuclear program (this is in former Director of the CIA George Tenet's new book).

2004: Hamid Mir reports he has traced one of the nukes to Italy on its way to America

2006: January - Osama says in Jan. 2006 audiotape he has not quite finished his preparations, and says, "the minute the preparations are through, you will feel the attacks in your own homes". He also offers America a truce, so he can say he has fulfilled Muslim law that you must offer a truce before attacking your enemy.

2006: September - Hamid Mir reports that the top Al Qaeda commander in Afghanistan tells all Muslims in America to leave America, especially New York and Washington, because Osama may attack America at any time.

2007: September 7 - Osama bin Laden comes out with his first videotape in nearly three years (which is very significant since he had said he would not do any more videotapes, just audiotapes, until such time as he was ready to attack America again). He issues another videotape four days later, on Sept. 11, 2007. He has his beard died black, which is very significant since in the strict Salafist sect of Islam to which Osama belongs, a man is only allowed to die his beard just before he goes into battle. He says on the videotape, "Let us now join the caravan of martyrs. It is our turn now." Osama plans to pull the trigger on "American Hiroshima" as soon as America attacks Iran's nuclear sites, which Osama, and many in the Middle East believe is imminent, as America has three aircraft carrier attack groups off the coast of Iran.

2007: December - The National Intelligence Estimate comes out saying (erroneously I believe) that Iran will not have nukes for 3 to 5 years. America withdraws two of its aircraft carrier groups.

2007: December - Ten days after the National Intelligence Estimate comes out, Russia begins shipments of 132 tons of enriched uranium to Iran, which are completed on Jan. 19, 2008. This is enough uranium, once it is enriched further, to make 4,800 Hiroshima-size nuclear bombs!

I believe at this point Iran probably told Osama to hold off on his American Hiroshima" attack to give Iran time to develop a nuclear arsenal out of the enriched uranium the Russians have given them.

So now Osama is waiting for the right moment to detonate the nuclear devices he has in 7 or more U.S. cities. Hamid Mir tells us Taliban chieftans and Al Qaeda leaders have told him Osama is waiting for a large killing of Muslims in the Palestinian area, or some galvanizing event like Israel or the U.S. attacking Iran's nuclear sites, to give him justification for pulling the trigger on his "American Hiroshima" plan and killing ten million Americans.

But since Osama has already gotten a fatwa or religious order saying it is okay to kill ten million Americans, as Christianne Amanpour of CNN reports, perhaps he may pull the trigger at any time!'

When I first heard that Amanpour was reporting that Abu Valentine had gotten permission to kill ten million Americans 10/10/10 immediately came to mind.

If the Cubs are in the playoffs that day, and playing at Wrigley, I'll have a difficult choice.

Speaking of choices, did you know that depending on how you choose to translate the Koran, those virigns in paradise might be nothing more than a bowl of raisins?

Die Syro-Aramaische Lesart des Koran, written by Christoph Luxenberg, suggests that the many obscurities of the Koran disappear if we read certain words as being Syriac and not Arabic. He suggests that the proper translation by way of the Hymns of Ephrem the Syrian of the wide-eyed houris promised to the faithful in suras XLIV.54; LII.20, LV.72, and LVI.22. yields "white raisins" of "crystal clarity" rather than doe-eyed, and ever willing virgins - the houris. Luxenberg relates that the context makes it explicitly clear that it is food and drink that is being offerred, and not unsullied maidens or houris.

And even if Luxenberg is wrong, well, as Robin Williams once stated, after you have had a couple virigns all you really will be wishing for is a woman with experience.

To be mindful is a discontinuous process ; Man has shown that his ability to destroy usually trumps his ability to defend and the greatest atrocities in the history of humankind have usually been accompanied by moral certainty and religious fervor.

As per the title of this entry, I leave you with a secular epistle...

You may say that I'm a dreamer
But I'm not the only one
I hope someday you'll join us
And the world will live as one
-John Lennon
Posted by Anonymous Monetarist at 12:59 PM