Cash for bunkers, Bunker-busting MOPS, the philosophy of sops 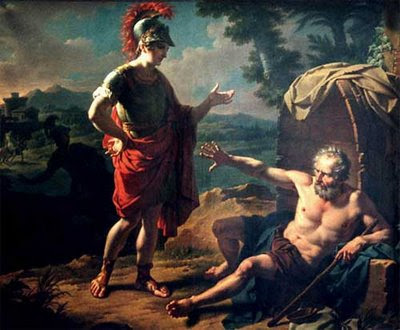 'Come on and ease on down, ease on down the road
Don't you carry nothing that might be a load
Cause there may be times
When you think you lost your mind'
-The Wiz

'Advertising is the very essence of democracy.'
-Anton Checkov

As a pup, I was the manager of a 'pre-internet' weekly. We were free to the public and survived on advertising revenue. Had to hire dispatchers in order to run out and pick up checks in order for ad copy to make the deadline.

One of our dispatchers was from the Soviet Union. He was formerly the manager of a petrochemical factory and part of the nomenklatura. He only took the dispatch job because he 'needed time' to improve his English.

One evening, over a vodka hydration session, he regaled me with stories of how he and his buddies would party in undisclosed locations with Western goods - fancy TVs, drinks, food - espousing the commie ethic while reveling in the 'vida loca'.

Will our children someday listen to an enlightened past Master of the Universe intone in poor Mandarin: 'You see in America we were socialists...we were always socialists ... we were just bad socialists.'?

Today's FT : A survey by the BBC World Service found that 'in the US, one of four respondents thought that capitalism was working well. Pakistan was the only other country to get more than 20 percent on that score.'

As oft-stated on this blog , much like the aristocracy when the barbarians are at the gates… you save the silver (banks) first. They will destroy the village (dollar and markets) in order to save it.

Does anyone really doubt now that the response to the banksters being too bankrupt to go broke was 'cash for bunkers'? The money ain't for nothing and the chits are free.

Hunker down and let the steep curve avalanche solvency.

In 1907 a fellow by the name of Comte de Mandat-Grancey gave a speech at the Catholic Students' Club in Paris. As reported by the New York Times:'The millionaires who possess one-quarter of the national wealth of the United States constitute a real aristocracy which he defined as the class which establishes superiority for itself by its capacity for producing riches. He argued that the origin of the European aristocracy was due to a display of identically the same qualities. The solution of the present social problem in the United States, he thought, would be either Socialism or aristocratic domination by the very wealthy class of an even more definite character than that at present existing - preferably the latter.'

Six years later on a dark and lonely night at Jekyll Island he got his wish.

Comte de Mandat-Grancey argued against the Collectivist control of the sources of wealth production, over the last century his granted wish has morphed into his deepest fear.

Will readily admit that there was once a time that I thought Ron Paul was a nutjob. That time has long passed. The distinguished gentleman from Texas intends to vote against the reform package that will include his amendment to audit the Fed.

'That doesn't make any sense' whined a canucklehead on Hee-Haw.

Of course it does, I muttered as the mute was reapplied, it's called integrity.

What is this 'regulatory reform package' but a further move towards codifying a collectivist control of the sources of wealth production? Government backed debt for government anointed 'systemically important' firms? The bold pap of a road map for stealth bailouts ad infinitum.

Juvenal also said 'Already long ago, from when we sold our vote to no man, the People have abdicated our duties; for the People who once upon a time handed out military command, high civil office, legions — everything, now restrains itself and anxiously hopes for just two things: bread and circuses.'

Such thoughts in this our modern age are earnestly proclaimed to be a derivative of this ancient sage, namely ... juvenile.

Move along nothing to see here.
Posted by Anonymous Monetarist at 9:56 AM