Adam Smith's hair is on fire, The Hand puts its mouth where the money is 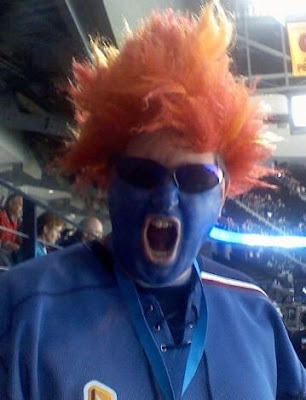 We're on a road to nowhere'
-Talking Heads

'Honey, they don't call it a job for nothin'
-Samantha Jones

Never have so many been so confident of so little done with so much.

'Tis fiscal and financial pornography, Adventures of the Fed Volume 1 : Gangbanging a string; or as the venerable Todd Harrison has so adroitly observed, the government is all in.

The dividing lines have been drawn, on one side are the Naysaying Nabobs of Nancy Capitalism that, with beige books extended, are unwavering in their dogma that Chairman Ben will perpetually liquefy their chalice of confidence, and on the other side are the few the proud, the misfits... the Atticus Finchs that believe that reality is the tail risk. With arms extended they proclaim : We are not idealists to believe firmly in the integrity of our economic system. That’s no ideal to us. That is a living, working reality! Now we are confident that you Mr. Market will review without passion the evidence that you have heard, come to a decision, and will uh, uh, well, uh ...

Then they stop and scratch their head and say ... the government is all in isn't it?

Yet the game is not over, the chips are up for grabs. Reality is raising, can we cover? Sam says he might not be able to cover, opponents eye his watch, 'Is that gold?' He hands it over. Still not enough. Sam's lady is eyed. 'What's her name?'

'Liberty. But she ain't for sale.'

A chuckle is returned,'Everything has a price Mr. Bond.'

Everything it would seem except legacy grrr I mean troubled grrr I mean toxic grrr I mean bad speculative bets where taxpayers have socialized the downside and banksters have piratized the upside.

'There are two strands to working out how much these securities are worth. The first is the shifting macroeconomic environment that affects values. Take mortgages: in spite of the improvement in house prices in recent months, whether another drop will follow is far from clear. This makes it difficult to be sure what the foreclosure rates will be, for example, and the values of bonds backed by such mortgages.

Second, the value of many of these securities depends on what the rights are of different owners of different tranches and how these rights are enforced. "Tranche warfare" is an apt name for it - getting your money often involves an active battle with other investors. This means other investors can take actions that may hurt the tranche you own. This is one strong reason that more banks are trying to devise ways of putting these assets into "bad bank"-type structures. The skills needed to deal with distressed structured bonds are not the same as handling more traditional debt problems.'

Here's a thought experiment. Put the banksters in a room. Tell 'em that in 5 days they have to come up with a 8&1/2 by 11 showing the current market value of every asset on and off their books or else they will be wiped out and forced to work at minimum wage for the rest of their natural lives.

How fast would they come back with a number?

Faster than Mack the Knife could tell Geithner to get f@#&*d.
Posted by Anonymous Monetarist at 9:16 AM