The manufacture of contempt : it is only a Great Depression if they say it is. 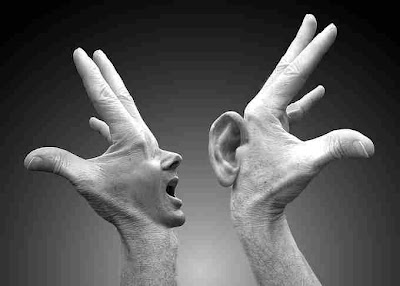 With the release of the jobs report on Friday, the broadest measure of unemployment and underemployment tracked by the Labor Department has reached its highest level in decades. If statistics went back so far, the measure would almost certainly be at its highest level since the Great Depression.

In all, more than one out of every six workers — 17.5 percent — were unemployed or underemployed in October. The previous recorded high was 17.1 percent, in December 1982.

This includes the officially unemployed, who have looked for work in the last four weeks. It also includes discouraged workers, who have looked in the past year, as well as millions of part-time workers who want to be working full time.

Officially, the Labor Department’s broad measure of unemployment goes back only to 1994. But early this year, with the help of economists at the department, The New York Times created a version that estimates it going back to 1970. If such a measure were available for the Depression, it probably would have exceeded 30 percent.


Probably? If Mr. Leonhardt had petitioned the economists at the Grey Lady to utilize the toolkit of 'frontal lobe meets opposable thumbs' they could have coaxed Mr. Google into revealing that during the First Great Depression the Unemployment Rate peaked at 23.53% in 1932, 24.75% in 1933 and 21.6% in 1934.( Source :U.S. Bureau of the Census, Historical Statistics of the United States, Colonial Times to 1957)

However during the First Great Depression the Unemployment Rate counted everyone over the age of 16 that did not have a job.

Maybe if you counted every 'underemployed' teenager you could reach Mr. Leonhardt's projection.

With one out of six Americans on the dole and with half of all of America's children at some point on food stamps, nowadays there is a 'desperation put' from the long-fingered Hand. You won't see someone selling apples on the corner .. Ipods? Maybe.

A more accurate measure of unemployment is the SGS Alternate Unemployment Rate, as tabulated by John Williams at shadowstats.com, which reflects current unemployment reporting methodology adjusted for SGS-estimated "discouraged workers" defined away during the Clinton Administration.

And surprise, surprise,surprise, the participation rate peaked during the Clinton Administration.

Noteworthy Aspects About the Participation Rate (2000-2005)


More folks in prison, more disability payments, less baby boomers ... not much in the way of a definitive 'official' explanation has been made as to why folks seem to keep on disappearing and never coming back (in aggregate and most especially if one considers population growth.)

Where did you go Joe?

After World War 2, our blessed leaders, impressed by German 'organizational' skills crafted a policy of manufacture of consent.

Over time these techniques moved to the economic realm in an attempt to manufacture content.

With the latest employment bloodletting, The SGS Alternate Unemployment Rate is 22.1%.

One might argue that this still is not as inclusive as the First Great Depression metric of those of workin' age that ain't workin' ... but it is close enough to support the thrust of this entry and frankly this blog in general.

The manufacture of contempt : it is only a Great Depression if they say it is.

Posted by Anonymous Monetarist at 9:10 AM

They didn't recognize it was a Great Depression until after it was over 10 years later and they looked back and thought "Gee, that recovery never was just around the corner".

"Life can only be understood looking backward. It must be lived forward."
— Søren Kierkegaard