The insouciance of elites and the Antoinette economy... exhibit thyself to a public that may hiss thee 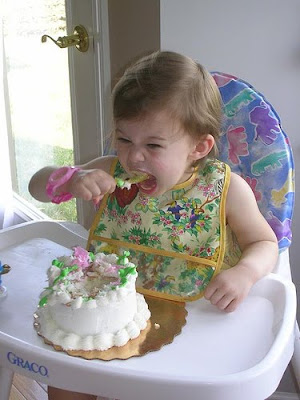 As an infant I was allergic to most everything so my parents had to feed me goat's milk. It cost more than half of my father's take-home pay. They would buy a loaf of bread a week and ration off the slices.

As a child, once or twice a year, the family would break the bank and go out to a restaurant called Bishop's Buffet where I and my brothers would 'ooh and awe' at the register if the bill for the family meal amounted to more than $20.

At 17, with $500 in my pocket, I went to the University of Illinois without a scholarship or aid, and made the first tuition payment three days before the final extension, counting out loose change on my desk, thanks to three part-time jobs.

In hindsight have to smile at how my three roommates of privilege punked me one weekend. Had a job at the Illini Union working as a frycook, 7-3 pm on Saturdays and Sundays, and one weekend while I slept mis amigos turned my alarm clock up 4 hours.

Twenty minutes after trudging to the Quad my head cocked at the bell tower only ringing three times; it was a humiliating walk back to the derisive laughter of my besotted bunkmates.

The point being that while for the most part have been surrounded by folks who congratulated themselves for being born on third base, I got to first by running on a missed strike three, stealing second, and getting to third on a fielder's choice.

Since then, have been dancing up and down on the third base line, annoying the hell out of the pitcher.

Each of us, in our own way, are an assimilation of the choices that we have made in life. Some confuse privilege as success, some differentiate luck from skill. Translated, there are folks smarter that are poorer than you and folks richer that are dumber.

We talk of the American dream, the bright city on the hill, manifest destiny, the free man's burden, Tocqueville exceptionalism - but dreams without action become all talk and no walk.

For the last quarter century, commensurate with the rise of conservatism from stodgy to snazzy, regular folks' inner monologues have been written in direct opposition of their interests. Poor folks voted for rich folks interests because in their hearts they felt that they were entitled someday to be rich. My generation has grown up in an aspirational society.

For our children, though, it looks more like a perspirational society with perpetual government subsidies.

I live in Chicago, with my office a block from my house. Its' Mayberry in the big city. I'm that 'guy' who is never in a suit, usually with scraggly beard, that walks to where I want to go and when the sun shines jogs 5-10 miles several times a week.

Coffee on the counter as I walk up, strong enough to pour itself. Lunch served but rarely ordered.

An ongoing banter with the regular merchants, common pleasantries with occasional insights.

Lately though on the margins there has been a change, an almost imperceptible shift that is slowly and insidiously forcing itself into my vision, as if the color itself wished to recede into sepia, an encroaching nostalgia of hardship embellished as pragmatism.

My elders shrug and opine in various fashion that America can take it and will come out of it, because it always has.

For my part of the conversation though, in countless conversations with the regular guy and gal, the universally held opinion is that it will be a 'Lord of the Flies' future.

The optimistic spin is that necessity is the mother of invention and America's best days are ahead of her.

The answer it would seem as we destroy our standard of living to create a Potemkin recovery, is both, in an ever increasing divergent measure.

The insouciance of elites and the antoinette economy.

Or as the venerable Mr. Cooper stated in his morning missive ... let them eat debt.
Posted by Anonymous Monetarist at 7:13 AM