Children of Ben, the Cross is Sold 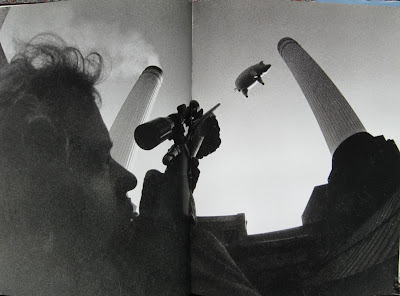 'A democracy is always temporary in nature; it simply cannot exist as a permanent form of government. A democracy will continue to exist up until the time that voters discover they can vote themselves generous gifts from the public treasury. From that moment on, the majority always votes for the candidates who promise the most benefits from the public treasury, with the result that every democracy will finally collapse due to loose fiscal policy, which is always followed by a dictatorship. The average age of the world’s greatest civilizations from the beginning of history, has been about 200 years.'
-Alexander Tyler

'The nation is of age and it can do what it pleases; it can spurn the traditions of the past; it can repudiate the principles upon which the nation rests; it can employ force instead of reason; it can substitute might for right; it can conquer weaker people; it can exploit their lands, appropriate their property and kill their people; but it cannot repeal the moral law or escape the punishment decreed for the violation of human rights.'
-William Jennings Bryan

'We all want to believe that the key to making an impact on someone lies with the inherent quality of the ideas we present. The size of the crowd in the theater has a big effect on how good the movie seems.'
-Malcolm Gladwell

'Some people without brains do an awful lot of talking.' -The Scarecrow

Imagine Dorothy as the beguiled American public, the scarecrow as representing indebted consumers, the tin man symbolizing industrial workers, the cowardly lion as the Masters of the Universe and the Wizard as the Oracle at Eccles.

And the yellow brick road as the debasement of the sovereign scrip where Dorothy can return home to prosperity by following this path.

A rhyming version of what many folks think was a hidden message within the Wizard of Oz.

Back then, the United States was on the gold standard. When there was malinvestment causing overproduction, prices fell.

William Jennings Bryan, represented by Baum as the cowardly lion, argued for the right to coin money and issue money as a function of government. He contrasted his platform of legislating to make the masses prosperous whereby their prosperity would find its way up and through every class that rested upon them with his opponents' platform that Bryan derisively opined held fast that if you just legislate to make the well-to-do prosperous, their prosperity would leak through on those below. His opponents argued for sound money.

Today's cowardly lions ,or Nancy Capitalists, are the Masters of the Universe that have literally been given the right to coin money (saved by zero, money for nothing) and issue money (FDIC guaranteed debt, the chits are free.)

Today's Wizard of Oz, the Oracle at Eccles, argues for sound money. Hiding behind the 'I Can't Beleive it is not Capitalism' curtain, he too has been shown as a fraud.

Today's malinvestment cannot and will not result in prices falling, says the Wizard.

Pay no attention to the marks behind the curtain. The operating levers secretly lubricated by the debasement of the scrip cannot be disturbed, discussed or disclosed lest the Emerald City be laid to waste.

Bryan said 'You shall not crucify mankind upon a cross of gold.'

Sorry Bill, the cross has been sold, leveraged, rehypothecated, and is being leveraged again. Sound money is now found money. For the masses? The Dark Side of the Rainbow.

Oh, and in L. Frank Baum's original novels, Aunt Em and Uncle Henry find a refuge in Oz when they are unable to pay their mortgage on the new house that was built after the old one was carried away by the tornado.

'Nuff said.
Posted by Anonymous Monetarist at 10:52 AM

Great post, awesome image - how'd you do that?! I have that image I stole from a screen shot from Children of Men, an image in homage to the greatest band of all time.
"Toto, we haven't been in Kansas for a very long time."