CIT at the Goldie Drive-thru 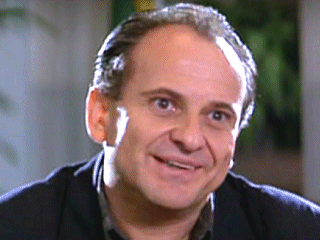 Bloomberg: 'Goldman said yesterday it’s setting up a “10,000 Small Businesses Initiative.” It will shell out $200 million to educational institutions to help guide business owners, with a further $300 million invested for lending and philanthropy aimed at community development groups.'

The MSM is comparing this amount to the billions in bankster bonuses that Goldie is bunkering.

From a fungible perspective, CIT is providing the seed money for Goldie's noblesse oblige.

After CIT was decimated by loading up with junk to compete with the likes of Goldie, they were made an offer that they could not refuse.

Goldie gave CIT a $3 billion loan at a 2.85% rate (later reduced to 2.13 billion) which paid Goldie a $285 million penalty if CIT went bankrupt along with an additional $250 million in collateral and pays Goldie an additional $715 million if CIT liquidates ... a distinct possibility.

Goldie also bought a bunch of CDS on CIT ... to prudently protect their collateral ...but yet they refuse to reveal the total amount of CDS that they took out.

Might they be refusing because the great unwashed would conclude that they had an interest in CIT claiming bankruptcy?

Gosh do you think Goldie got around the 500 million that they are now, in doing the Lord's work, using to finance this new initiative?

Oh and might you suppose that when they factored the factor, CIT probably put up their customer list, a list that Goldie, in the case of a CIT liquidation could use to cherrypick out clients if they are so predisposed...

The 21st century equivalent of paying the executioner...
Posted by Anonymous Monetarist at 2:52 PM