The revolution will be plagiarized : Alpha Males and Omega Zen 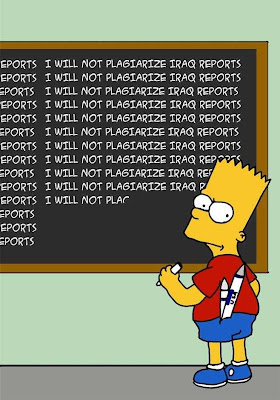 'Ask yourself whether the dream of heaven and greatness should be waiting for us in our graves - or whether it should be ours here and now and on this earth.'
-Ayn Rand

'There's a hole in the sky
We'll all take turns
I'll get mine, too
If man is 5
Then the devil is 6
And if the devil is 6
Then God is 7
This monkey's gone to heaven'
-The Pixies


Faber is one of my favorites. OK, mayhaps he comes off as a bit eccentric when he says buy a farm and a shotgun because things will get bad or buy some farmland as a hedge for when the bombs start falling; continuing that strand he said overnight in Singapore 'in order to distract the attention of the people, governments will go to war.'

Not exactly a news flash for skeptics. Tenuous premises that are heralded as truths and upon which conflict erupts are not beholden to any one country or culture. America certainly has had her share from this chalice. The Mexican-American War was initiated with President Polk stating, 'Mexico has passed the boundary of the United States, has invaded our territory and shed American blood upon American soil.' In fact the claim of American soil was falsely predicated on documents that were neither considered to be treaties nor ratified as such between Mexico and her breakaway Republic of Texas. But hey, we coveted the land. In Vietnam, covert operations moved to open involvement due to the Gulf of Tonkin incident. President Johnson told the American people on August 2, 1964 that the North Vietnamese had launched an attack on the USS Maddox. He requested authority to attack. After a second attack on American forces was reported two days later, air strikes commenced. In fact the second attack was a complete fabrication, and the first attack, as relayed to me by an elder who was an intelligence officer on the USS Maddox on that day, was deliberately provoked. Flash forward to operation 'Get a Load of Us' in Iraq, with Colin shakin' that thang (anthrax) at the UN, unmanned planes with WMD ready to hit the West Coast, and 9/11 as the casus belli - we should of attacked Hamburg on that basis- all so we could save a country best described as 'Tribes with Flags within a square drawn in the sand', where if you put a flagstaff down hard oil would bubble up. Rhyming, the Vulcans proclaimed a Democracy Domino theory ... how did that one work out?

Faber is articulating war as the 'circuses' component of Juvenal's famous quote. But hey Marc, there's a plenty going on under the big tent already. The manufacture of consent and content may not tip J6P to contempt.

And ain't no doubt that there is plenty of bread flying around.

In social animals, the alpha is the individual that ranks the highest. A beta animal will act as a new alpha animal upon the latter's death. The omega is the lowest caste of the hierarchical society, and they are usually the last that is allowed to eat.

Will our Alpha Males be able to maintain Omega Zen?

Regardless any 'revolution' that might occur will most probably be plagiarized.

That is, if it ain't vaporized first.

On a brighter note, have you caught the new 'Prisoner' on AMC? Très cool.
Posted by Anonymous Monetarist at 9:48 AM