Citizen ... step away from the dump truck 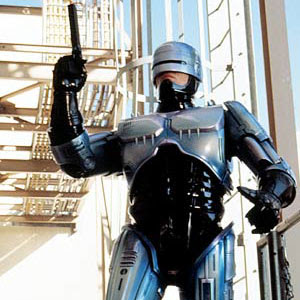 DETROIT -- Nobody can say for sure how an old dump truck ended up on the fourth floor of the abandoned Packard auto plant on East Grand Boulevard. But there's no doubt about how it got back down.

It was pushed through a hole in the wall.

Detroit has 80,000 abandoned lots and buildings, according to the city's planning department. Old housing projects, homes, strip malls and even high-rise buildings sit empty across much of the city. Motown has more vacant office, retail and industrial space than nearly every other big city in the country.

Like many of Detroit's abandoned buildings, though, it's anything but deserted. Rather, it's a hive of activity, buzzing with scavengers, vandals, late-night revelers, arsonists, photographers and urban explorers who brave the crumbling buildings' many hazards and create a good number of their own. The complex remains unguarded.

"Mayhem. That's what they should call the place," says John, a 36-year-old telephone-line repairman who spends his spare time exploring Detroit's legendary industrial ruins. "If you decide you want to push a dump truck out of a window, this is the place to do it."

Those who prowl Detroit's vacant buildings are largely unimpeded. Many live in the suburbs but come here for the adventure, knowing that they're unlikely to get caught. Some say they break into the building to explore, but not to steal or vandalize. Others have no qualms about collecting souvenirs from the rubble, but they say they don't intentionally damage the structure. Still others draw the line at setting fires. But for a few, anything goes.
Posted by Anonymous Monetarist at 8:11 AM