Pump and Happenstance : Can you spot the Nancy Capitalist? 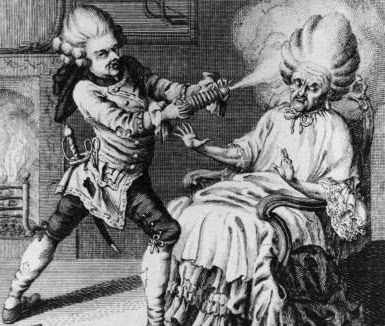 'The best approach here if at all possible is...to make sure the system is resilient in case an asset-price bubble bursts.' Large price misalignments are 'not obvious to me.' -B.S. Bernanke, the Oracle of Eccles

'It will not be too bad this year. Both China and America are addressing bubbles by creating more bubbles and we’re just taking advantage of that. So we can’t lose.' -Lou Jiwei, the chairman of the CIC, China’s sovereign wealth fund

'Keep on with the force don't stop.Don't stop 'til you get enough.' -Michael Jackson

'The truths you hold to be most dear are lies told to you by liars.' -Anonymous Monetarist

'For 'tis the sport to have the enginer. Hoist with his own petar, an't shall go hard.' - William Shakespeare

'Frak the frakkin frakkers.' -Kara Thrace
Posted by Anonymous Monetarist at 8:53 AM