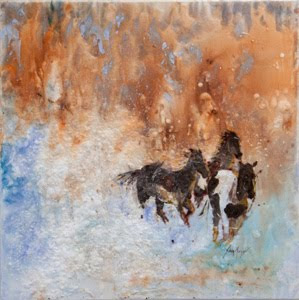 If you are a fiscal conservative, then I say to you: We are bankrupting our nation.

If you are a social conservative, then I say to you: Oligarchy is not a family value.

If you are a liberal, then I say to you: Breaking them up is the only answer.

If you are a “moderate”, then I say to you: The status quo is a disaster waiting to happen.

If you are a populist, then I do not need to say anything.

If you a libertarian, then I say to you: These firms are corporations with the power to tax.

Throughout history the power of a great nation has been projected through various means. During the reign of the Greek and Roman empires, power centered around the ability to be victorious in naval warfare. Long ships that were powered by banks of oarsmen were designed to ram and sink enemy vessels and/or come alongside to engage in hand-to-hand combat.

During the age of warring European empires, the size and breath of ones' fleet ... usually presented to assist in the negotiation of contentious trade issues... would often bring the parties' to a resolution through their mere display.

American empire has been promulgated through vastly superior military might be it air, land or sea. Only the Soviets proved to be a near-adversary with the doctrine of mutually assured destruction.

Up until the end of the cold war projection of American power was predominantly 'hard power', economic and military power were intertwined to maintain 'stability' and adherence to, wherever possible, the 'free-market' system. For the worlds' weaker sisters the financial elites utilized international organizations to project American financial power by convincing the political and financial leadership of underdeveloped countries to accept enormous development loans thus saddling them with huge debts which made them more pliable to political pressure.

We are now however looking down the barrel of a multi polar world in all facets of human endeavor : diplomatic, economic, military, political, legal, and cultural. How, pray tell, can America maintain its' dominance?

Simply put, we have to pick our battles.

In terms of military as the buzzword 'transformation' becomes the pablum narrative for a scatter shot approach perhaps the best summation of future trends comes from a paper for the National Intelligence Council's NIC 2020 project by Martin van Creveld called “Modern Conventional Warfare: An Overview“:

'Globally speaking, as conventional war became smaller and much more expensive, both its importance and the political results that it could yield declined. Not only did nuclear proliferation limit it to weak states, but it was accompanied by a very large number of conflicts fought between, or against, political organizations that were not states. As those conflicts evolved and multiplied, a very large number of terms were used to describe them: be they brush fire war, or insurgency, or guerrilla, or low intensity conflict, or asymmetric conflict, or terrorism (the most recent one), or whatever.

Whereas the threat of nuclear escalation limited conventional warfare from above, sub-conventional war did the same from below. As a result, it has been caught in a vise.'

Clearly we will not be presented with clear-cut battles nor clear targets to maintain our military dominance. If Theodore Hook's 17th century quote is to be fulfilled, "The best way to predict the future is to invent it", America will need to look beyond just her military to maintain her dominance since terrorists are not as easily pigeonholed as Huns, Nazis and Commies.

Through the eyes of this humble blogger it would appear that economic dominance is the battle that is clearly defined and a future that the Federales will try to invent. After all the desire to live a prosperous life is a theme that unites all peoples. Diplomatic, legal, cultural and political consent is most easily manufactured from a populace that is succored by material comforts.

To win the world's hearts and minds will necessitate the inculcation of American exceptionalism by the sharing not of material riches but rather the acceptance that attainment of such is the end goal of our 'collective' aspirations.

Soft power? Smart Power? No rather the pablum narrative of shared power when in fact all that is shared is the groupthink that the American economic model is a shared aspiration.

Both the battle and the outcome would seem to be wholly counter-intuitive given the ongoing financial crisis. Methinks the Federales see this inflection point as an opportunity to establish a new Financial Imperium.

Keep your eyes on the prize.

Corporations with the power to tax.

That pretty much sums it up doesn't it?

To listen to the recent well publicized rationalizations of banksters that rent-seeking is some form of "noblesse oblige" is particularly heinous.

The premise of this nauseating pablum narrative is that in order to project American financial power a taxpayer financed bailout of rich folks' bad speculative bets was in our national interest.

To take such nonsense to a 'higher level' and argue on behalf of a 'bankster manifest destiny'.... wrapping American exceptionalism with Romantic nationalism, and a belief in the natural superiority of what?, the 'Wall and Broad Street' Race?, is truly beyond the pale.

The greatest atrocities in the history of humankind have usually been accompanied by moral certainty and religious fervor.

A pox on all your bucket shops.
Posted by Anonymous Monetarist at 11:37 AM