The Unbearable Brightness of Doing Nothing 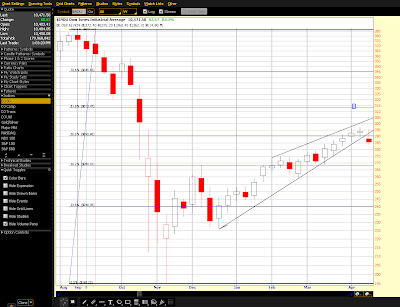 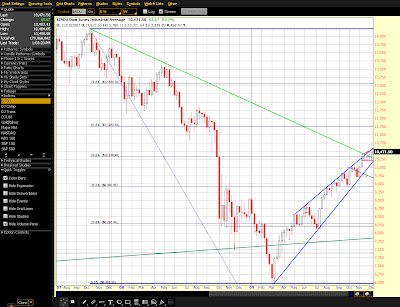 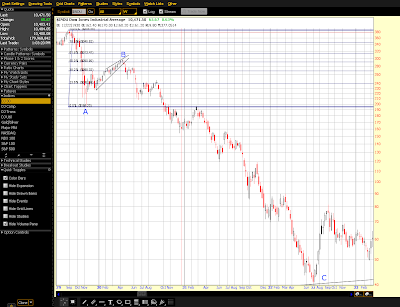 Charts are from Nathan at economicedge.blogspot.com
The top is 1929-30
The middle is 2008-2009
The bottom is the onset First Great Depression

My recollection is that it was not until 1934 that the term Great Depression was in wide use. Think about that for a moment.

If you click on the link to the right called Rhyming you can read reports from 79 years ago. The similarities smack you right in the face.

Mom asked me the other day if the markets were going to go up or down. I said yes. I'm confident that I am right.

The markets are a riddle, wrapped in a mystery, inside an enigma; but there is a key. That key is the Amerikantura's (copyright applied for) interest.

On the one Hand are the forces of darkness; if you have read past entries on this blog it is clear that empirically, per employment levels, we are in the Second Great Depression.

On the other Hand, there are the dark forces, namely THE HAND ... determined to sawtooth the markets through the midterm elections, liftng asset values with a gentle wind - an upward trend that is the lubrication of debasement.

The 'regulatory put' is a spigot of liquidity that fills the Nancy Capitalists' chalice of confidence.

Intellectually, giving both the deflationista and debasionista camps their due, it seems to me that we are at a stalemate, that we are stuck in a moment.

Graphs supporting this can be seen to the right at Thought Offerings in the posting entitled : 'Deadlock! Total Borrowing Has Stabilized at a Mild Contraction Rate as Private Debt Reduction Stops Increasing and Government Borrowing Stays Steady.'

Do not envy the folks that over the next few years either manage money or will be held accountable for their financial advice.

FWIW,I sold my local phone company in 2000. My current enterprise was predicated in part, on the expectation of a Great Depression.

If, gun to head, had to offer in a nutshell the investment theme for 2010?

It would be The Unbearable Brightness of Doing Nothing.

Opting out, once again.
Posted by Anonymous Monetarist at 10:43 AM

Sheep,
Totally out of everything? All cash? No short?

You can learn a lot by watching.

Hand wants to bring it to midterm elections we'll see if they can.

Long and shorts will be kept off balance until then unless it gets out of Hand.