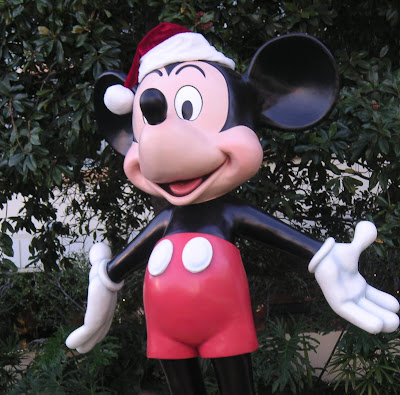 'I felt so good, like anything was possible.
Hit the cruise control, rubbed my eyes.
There's somethin' good, waiting down this road.
I'm pickin' up whatever's mine.
Running down a dream.'
-Tom Petty

'I was sitting around a dead dial
Just another lost number in a file
I was trying to find my way home
This is Radio Nowhere.'
-The Boss

'Karma police, arrest this man
He talks in maths
I've given all I can
It's not enough
I lost myself.'
-Radiohead

'Its a primal thing, this very unconscious place with the fears of what can happen to your children and will you be able to keep them safe. Then there's that place of utter desperation where you wonder if you're completely insane.'
-Jodie Foster

Uh well, only place seeing sales growth are the discount houses and gas huts. A gazillion bucks buys you a couple bips up off the Apocalypse.

If employment is at First Great Depression levels and credit is till slippin' down the sloppy slope where is this V shape recoverin' extrapolatin' moolah coming from?

Almost nose-snotted by coffee when I read this in the WSJ yesterday:

People's increasing willingness to abandon their own piece of America illustrates a paradoxical change wrought by the housing bust: Even as it tarnishes the near-sacred image of home ownership, it might be clearing the way for an economic recovery.

Thanks to a rare confluence of factors -- mortgages that far exceed home values and bargain-basement rents -- a growing number of families are concluding that the new American dream home is a rental.

Some are leaving behind their homes and mortgages right away, while others are simply halting payments until the bank kicks them out. That's freeing up cash to use in other ways.

(Moral hazard writ large! And its' good boys and girls, its' good! -AM)

Stiffing the bank is bad for peoples' credit, and bad for banks. Swelling defaults could also mean more losses for taxpayers through bank bailouts.

(Punish the sober, exalt the drunk, the Oracle at Eccles has junk in the trunk. -AM)

"It's just a better life. It really is," says Ms. Richey. Before defaulting on her mortgage, she owed about $230,000 more than the home was worth. Ms. Richey's family of five used some of the money to buy season tickets to Disneyland, and plans to take a Carnival cruise to Mexico in March.

For the 4.8 million U.S. households that data provider LPS Applied Analytics estimates haven't paid their mortgages in at least three months, the added cash flow could amount to about $5 billion a month (there's your retail sales ladies and gentleman -AM) -- an injection that in the long term could be worth more than the tax breaks in the Obama administration's economic-stimulus package.

"It's a stealth stimulus," says Christopher Thornberg of Beacon Economics, a consulting firm specializing in real estate and the California economy. "The quicker these people shed their debts, the faster the economy is going to heal and move forward again."

(The American Dream as the American Scheme. Necessity is the mother of invective. Its' all clear to me now. Should not have paid off the house, could have taken out a federally guaranteed mortgage, short sold it to the bank, dropped the proceeds and a couple bars into a triple index long fund with some gold and gun stocks on the side , ka-chinged off the debasement of our standard of living, and chased it down with some sweet ambrosia from the skull cup of the common man. What was I thinking?

How can this not end in a short-hair curling moment? -AM)
Posted by Anonymous Monetarist at 9:16 AM