American Schemer : Synarchy for all 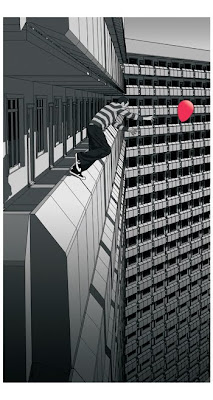 'Without the slightest artificiality of face, without the faintest counterfeit of voice,and without more than a slight exaggeration of natural manner, he could become the typical American schemer'.
- Famous American Actors of To-day (1896)

'Populism espouses government by the people as a whole (that is to say, the masses). This is in contrast to elitism, aristocracy, synarchy or plutocracy, each of which is an ideology that espouse government by a small, privileged group above the masses.'
-Wikipedia

The butterfly wings of the banks, too bankrupt to go broke, need imaginary pricing for their imaginary collateral -tis too humptied to get dumptied.

The state, too captured to go real, pressures the squints to 'Less Nessman' the bad speculative bets.

The bets, whilst still on the books, are an option ... the regulatory put socializing the downside, the upside beholden only to imagination.

Such an imagining is the MSR(mortgage servicing rights) bucketshop, where there is no active trading and hence the value in the bucket depends largely on the expected life of the mortgage.

Extend and pretend is the proposed means to mend. Pay no attention to the marks behind the curtain. What ever the banks want to show they show.

The Nancy Capitalists proclaim its' all good, and we all should support that which brings recovery home.

But a storm is being created.

What they fail to realize is that they are corrupting, not supporting the American Dream; through their desire to be prophets they have ceased to be makers of their own fate.

The American Dream is becoming the American Scheme as moral hazard is writ large.

With Mr. & Mrs. America feeling no compunction to walk away from their home if their neighbor does it, with the neverending Federales policy of exalting drunks and punishing the sober, with the phrase 'the whole thing's a Ponzi' being uttered by even the most ardent of conservatives at family functions - life is imitating the arts of the elites.

Trust can be gained once and lost once. Once lost, it's lost forever.

The American Dream of working hard, making it, and making a better life for your children is being replaced by synarchy for all.
Posted by Anonymous Monetarist at 12:40 PM