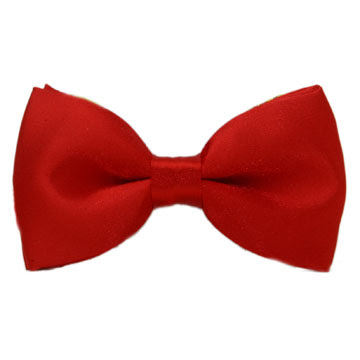 (Mr. Grant comes to us, in part, via Grant's Interest Rate Observer Vol 27, No.24, 'The case of the reluctant recovery' -AM)

Anonymous Monetarist : Mr. Grant thank you for imagining yourself for this conversation. You originated the "Current Yield" column in Barron's before founding Grant's Interest Rate Observer in 1983 and pride your medium as that which least resembles CNBC.

James Grant : Thanks. Surprised to be here.

I get that a lot. I have heard you say that in the past you were a bear in a bull market, and you admitted that was wrong. You said that the really seasoned observer is supposed to be in step with things, not credulous of the existing trend, but still not fighting it. Does that explain your heralded conversion from bear to bull?

In part. We built our case for a growth spurt in hiring and GDP on the long-established tendency for strong recoveries to issue from deep recessions and weak recoveries to follow mild ones. In this country, the business-cycle record of the postwar era, and, indeed, of the past 100 years, seems to admit no exception to this rule (if rule it be).

So it's a Zip-a-dee-doo-dah recovery and Mr. Bluebird is on your shoulder?

Well we did just come out of a briar patch. Compared to the 10 preceding postwar downturns, this one will almost certainly prove to be the longest and, in terms of loss of employment, the costliest. Financially, we rank it as the scariest, what with the world almost coming to an end.

We are on record predicting a jobful, not a jobless, recovery in the context of red-blooded GDP growth.

You initiated this call around Labor Day and have put out a few newsletters since expanding upon and supporting this position. So far how would you mark this thesis to market?

A recovery of some kind, we are going to assume, got under way in June, though it seems not to be the kind we had predicted. We say "seems." Revisions to real-time data can be extensive, even transforming.

The stock market, it's true, has caught fire. Credit spreads, too, have collapsed. However, our anticipated barn-burning recovery has -evidently- smoldered.

Since the hypothetical trough in June, nonfarm payrolls have dropped by 20 basis points, only slightly less discreditable than the declines of 30 and 40 basis points registered in the certifiably jobless and joyless aftermath of the recessions of 1991 and 2001, respectively. A year after their (1991 & 2001) respective troughs, payroll employment was actually down by .2 and .4 of a percentage point, respectively. To judge by payrolls alone, this recovery is stronger than the jobless, but weaker,by far, than the jobful.

Per the Bureau of Labor Statistics joblessness by duration in three of the four segments (fewer than five weeks, five to 14 weeks, and 15 to 26 weeks) appears to have peaked for this cycle. Initial claims for state unemployment insurance have fallen by 32% from their evident peak in March.

The 27 weeks and over segment does not appear to have peaked yet. On average, and excluding the outlying cycles of 1991 and 2001, the 27-week segment peaks 7.4 months after the trough.

Do you believe that segment is about to put in a top?

It would be a very good thing for the Grant's job thesis if it did.

Earlier you stated that data revisions can be transforming. The opposing thesis to a V recovery is in part based on the empirical evidence that unemployment levels are at Great Depression levels.

Would agree to disagree that joblessness bears any comparison to the tribulations of the early 1930s however the most one can say about the integrity of real-time data is that it will most certainly be revised. Consider for instance, January-March 1983, the first full quarter of the retrospectively brisk recovery from the 1981-1982 recession, the last cycle where the unemployment rate topped 10%. Growth at an annual rate of 3.1% was the advance, or flash, estimate, disclosed in the second quarter of 1983. In the first revision to that advance estimate, however, released in the third quarter, 3.1% was whittled down to 2.6%. But that was not the final word, nor anything close to it. Ten revisions later -the most recent produced in the third quarter of 2009, just the other day- annualized growth for the third quarter of 1983 was fixed at 5.1%.

So rather than waiting a quarter century for the final numbers what would you say, per the admittedly flawed data available, the recovery looks like so far?

What other data series are you following?

Industrial production constitutes another marker of cyclical progress. It too, is subject to extensive revision, but as the data reach back to 1919, you can hardly beat it for perspective. Studying the prewar data, you may stare in wonder (as we do) at their volatility.Thus, industrial production fell by 32% in 1920-21, by 52% in 1929-33 and by 32% in 1937-38. Then again in the four quarters following the troughs of those respective slumps, it zoomed by 32%,45% and 27%.

In the recession lately (presumably) concluded, industrial production fell off the table, down by 15%, peak to assumed trough. It seems to have bottomed in June, which is notable, because it so happens that industrial production inflection points have tended to correspond almost to the month of the cyclical reference dates of the National Bureau of Economic Research. Industrial production bottomed in June and has grown every month since, for a cumulative increase of 3% after four months. This puts our current (presumed) recovery above the postwar average of 2.5% after four months and well ahead of 1991(2.2%) and 2001(1.3%) and even 1982(1.5%). Of course, four months is not much of a test. The question is, after one year, will the recovery look like 1991 or 2001, with 3.5% and 3% growth in industrial production, respectively, or 1982, which started slowly but finished up with 9.6% growth in 12 months following the cyclical low-ebb? Then, again, 9.6% was not how it looked in real time. What the investors and traders and pundits of 1983 saw was a leap of 15.9%. Only with 13 revisions was it whittled down to 9.6% -pending further revision, of course.

As a fellow skeptical empiricist I'm sure that you would agree that, the claim of a V shaped recovery, like any proper scientific hypothesis, can only be falsified. Are there signs in your opinion, that perhaps this time it is different?

Notwithstanding the succession of synchronously volatile American contractions and expansions being just a coincidence there is a rather glum data point for us macroeconomic bulls. Real income less transfer payments is still falling, down by 0.4% after one quarter from our June trough, compared to a one-quarter increase of 1.3% for all previous postwar recessions. In the post-1945 era, real income less transfer payments has never declined in the first quarter of a recovery, although it did come close in what turned out to be a pretty fair recovery, that of 1975. In the cases of 1982, 1991, and 2001, through one quarter, growth in real wages and salaries (which includes employer contributions to retirement and Social Security, proprietors' income, rental income and interest and dividend income) was higher by 0.5%, 0.4% and 0.3%, respectively. Another series we like, manufacturing and trade sales, sends no clear signal about our cyclical progress or lack thereof.

Any additional risks to the V theory?

Bank lending has fallen by 4.2% in the past five months. Loans and leases were flattish in the opening months of the recoveries from the recessions of 1981-1982, 1991 and 2001, but in no case was there weakness on the scale of today's. Also money supply is troubling. We have collected data back to 1959. Therefore, looking at recessions of 1961-vintage and after, we find that M-2 has risen by an average of 9.2% in the 12 months following a cycle trough. This time around, over the last four months, M-2 has fallen slightly. There is a risk too, that debt destruction, or de-leveraging, might get rolling again, crushing jobs and incomes as it proceeds. There has only been one sustained de-leveraging since the 1920s. From 1933 to the early 1950s, the debt-to-GDP ratio fell from around 260% to 130%. Yet, over, the same period, real GDP grew at an average compound average rate of 6.1%. That was a notably different world of course. Today, the ratio of total credit market debt to GDP weighs in at more than 370%. Any takers on the proposition that a massive new cycle of de-leveraging would form the credit backdrop for another 20 years of wonderful growth? We wouldn't bet that way.

Neither would we. Final word?

One of our favorite epigrams is the following one from English economist Arthur C. Pigou :'The error of optimism dies in the crisis, but in dying it gives birth to an error of pessimism. The new error is born not an infant, but a giant...' So we hew to history, contrary opinion -and to the profound professor. However, if 2010 growth comes in at less than 4%, considerably less than the average 6.6% inflation-adjusted growth in the 12 months following the trough of all postwar slumps, we will have to admit that, as a certain number of subscribers are already convinced, we have utterly missed the boat.

Roger that. Thanks James.
Posted by Anonymous Monetarist at 9:43 AM

I think that Mr. Grant is missing the fact that there's a (literally) astronomical amount of debt out there that needs servicing.

Total derivities comes in at 1.44 quadrillion dollars, although an argument has been made that only 480 trillion of those are interest bearing.

I keep looking for an exit strategy that doesn't result in a worldwide debt jubilee and the creation of a new, non-debt based monetary system (either multiple countries or a world system), but I can't see it.

When Goldie took Trader Hank aside during one long weekend to inform him that AIG was systemic, it was clear that a tough hard decision had to be made to liquidate in order to forgive past debts ... unfortunately it turned out to be a bankster jubilee.

Failure to liquidate the insolvent banksters liquidated a large part of the productive economy.

And speaking of jubilee..

In defense of Mr. Grant he truly is one of the smartest guys in the room. Personally he is my metric for what I term the 'bullisht' case.

'This time ain't different', until it is.

But only time will tell.