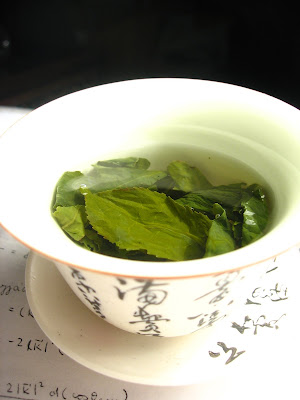 'Don't believe everything you breathe
Someone keeps sayin I'm insane to complain
Forces of evil in a bozo nightmare
'Cause one's got a weasel and the other's got a flag
You can't write if you can't relate
Trade the cash for the beef for the body for the hate.'
-Beck

'One of the great strengths of our nation is an independent Fed, and this idea that's coming out of the House, which is populist fervor... is absolutely wrong.'
- Senator Judd Gregg

'You see I may be a Christian but I am also a capitalist. And I will defend our capitalist system against all enemies unless there's a way to profit from its' demise. Some conspiracy theorists out there have criticized the Fed as a secretive cabal that only benefits the well connected when in fact the Fed is merely an extra constitutional star chamber that controls our monetary policy with no oversight.'
-Stephen Colbert

'Actually its' God, guns,guts,and American pick-up trucks.' -Missouri car dealer that is giving away free AK-47s with purchase of a truck

'Some might wonder why God is included in a motto that also includes guns.'-CNN interviewer

'You don't have a problem with God do you?'-Missouri car dealer

'Future tax rises and public sector cuts could act as a trigger for social unrest'. -Moody's

'Will our Alpha Males be able to maintain Omega Zen? Regardless any revolution that might occur will most probably be plagiarized.' -Anonymous Monetarist

Populism is best defined as the juxtaposition of "the people" with "the elites". Its' flag has been hoisted by the left and the right, the irrational and the rational, and its manifestation per the prevailing zeitgeist is often appropriated by a demagogue.

For Ben Tillman, African Americans were the scourge of white society; for James Michael Curley, Anglo-Saxons were the bane of the browbeaten Irish; and for Joseph McCarthy, liberal elites(commies) were an evil upon America. They all fought on behalf of and for the protection of the 'good way of life.' - they all fought against that which stood in opposition to a presumed American norm.

To borrow liberally from Sigmund Neumann's, 'The Steadfast Rules of the Demagogue', and Douglas Walton's,'One-Sided Arguments: A Dialectical Analysis of Bias' : the most recognizable traits of a demagogue are the simplicity of message content and an entirely unilateral point-of-view presentation - summarized as unidimensionality.

The demagogue appeals to the crowd and commonly adds the logical fallacies of appeals to pity, appeals to reverence and appeals to personality as well as other rhetorical devices such as omission not for literary elegance or brevity but rather for gain, influence and deception. The demagogue is anti-Aristotelian, in that rhetoric is not seen as the counterpart of the dialectic -instead, there is no desire to reconcile using opposing views but rather the demagogue presents a view in opposition to some Other. The Other is responsible for cultural and social upheaval, the Other is to blame for all current adverse conditions and "we" the true Americans, in opposition, need to uphold all that is good.

The demagogue capitalizes on vulnerabilities due to ignorance and fear.

The first Populist party in America called itself the Greenback Party. It opposed the shift from greenbacks, paper money issued after the American Civil War, to a bullion based standard. Its platform supported an income tax, an eight hour day, and called for allowing women to vote. After 1884 it was no longer a force in American politics.

The Populist party in the United States came about in the 1892 election. Its' platform called for the abolition of national banks, a graduated income tax, civil service reform, direct election of Senators, a working day of eight hours, and the nationalization of telegraphs, telephones and railroads. This party was gestated for economic reasons namely the desire to repeal the gold standard to counter high deflation in agricultural prices. The party was co-opted by the Democratic Party of 1896 and never recovered from its' defeat.

The platform of the Progressive Party of 1912, formed by Theodore Roosevelt, was 'to destroy this invisible Government, to dissolve the unholy alliance between business and corrupt politics [it]... is the first task of statesmanship of the day.' The platform called for women's suffrage, recall of judicial decisions, easier amendment of the U.S. Constitution, social welfare legislation for women and children, workers' compensation, limited injunctions in strikes, farm relief, revision of banking to assure an elastic currency, required health insurance in industry, new inheritance taxes and income taxes, improvement of inland waterways, and limitation of naval armaments. The Progressive Party did poorly in the 1914 elections and faded away.

The last true populist party was Huey Long's 'Share our Wealth' movement begun during the Great Depression. Its' platform was:

'No person would be allowed to accumulate a personal net worth of more than 100 to 300 times the average family fortune, which would limit personal assets to between $1.5 million and $5 million. Income taxes would be levied to ensure this. Annual capital levy taxes would be assessed on all persons with a net worth exceeding $1 million.

An old-age pension would be made available for all persons over 60.

To balance agricultural production, the government will preserve/store surplus. This is made so no food is wasted.

Veterans are paid what they are owed.

Education and training for all children to be equal in opportunity in all schools, colleges, universities, and other institutions for training in the professions and vocations of life.

Huey Long's slogan was 'Every Man a King'. The movement died with his assassination.

Not every demagogue is a populist and not every populist is a demagogue, but when the two combine it is often combustible. The most salient example would be the conspiracist scapegoating in Germany promulgated as national socialist populism and articulated by a failed painter who did not become a German citizen until 1932.

Rasmussen Reports : 'In a three-way Generic Ballot test, the latest Rasmussen Reports national telephone survey finds Democrats attracting 36% of the vote. The Tea Party candidate picks up 23%, and Republicans finish third at 18%. Another 22% are undecided. Among voters not affiliated with either major party, the Tea Party comes out on top. Thirty-three percent (33%) prefer the Tea Party candidate, and 30% are undecided. Twenty-five percent (25%) would vote for a Democrat, and just 12% prefer the GOP. Among Republican voters, 39% say they’d vote for the GOP candidate, but 33% favor the Tea Party option.'

And what is the platform of this nascent political movement?

Limited government, fiscal restraint, opposition to further stimulus spending and a determination to push back against "a federal government that is too big, too intrusive and all-too-eager to seize power from the states." Repeal the death tax, implement a flat tax, keep the internet tax-free, control the border, support free trade, personal accounts instead of social security, school choice, medicare reform, healthcare reform etc...

A populist movement with 21st century characteristics. It will most probably be co-opted by one of the established parties.

It may even marry up with a demagogue.

Move along nothing to see here.

Wink.
Posted by Anonymous Monetarist at 9:55 AM

I have a feeling the nascent Tea Party will get rolled into something else... If you search for Tea Party, there's no easy link that shows a coherent party website.

Third party movements in our country have a short shelf life and rise and fall based on the fortunes of an often polarizing figure.

never before have we had the internet. i think more and more of these movements will continue to happen. say goodbye to partisan politics and say hello to unintended alliances - this can be good and this can be very bad.

At the end of the day the internet democratizes knowledge and brings together disparate ideas.

It is truly the largest reference library on the world.

The same wind though that can lift one's wings can spread a fire.