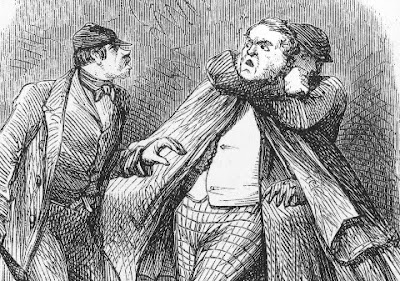 (A forensic analysis of the crime of a lifetime. Failure to liquidate the insolvent banksters has liquidated a large part of the productive economy. A taxpayer financed distribution to save rich folks from bad speculative bets is why Goldie is still around. We should have let the fire burn them down, a political administration that gave a damn about its' citizens could have built a firewall to keep the ATM's working. Instead the middle class is being slowly and insidiously reduced to kindling. See it, even if it is hard to truly believe it. -AM)

By Thomas Adams, at Paykin Krieg and Adams, LLP, and a former managing director at Ambac and FGIC.

Readers may have noticed Janet Tavakoli’s recent article at Huffington Post on Goldman Sachs and AIG. While much of it covers territory that Yves and I already wrote about previously, Ms. Tavakoli stops short of telling the whole story. While she is very knowledgeable on this market, perhaps she is unaware of the full extent of the wrongdoings Goldman committed by getting themselves paid on the AIG bailout. The Federal Reserve and the Treasury aided and abetted Goldman Sachs in committing financial and ethical crimes at an astounding level.

She notes, accurately, that Goldman used AIG to hedge its bet on CDO’s, either for itself with the Abacus deals, or for its clients, with the Davis Square deal. Had AIG failed, Goldman would have been on the hook for the losses: to execute the CDO with synthetic mortgage bonds, Goldman went “long” the CDS and then turned around and went “short” with AIG, effectively taking the risk of the mortgage bonds defaulting and then transferring it to AIG.

But Ms. Tavakoli fails to note that the collapse of the CDO bonds and the collapse of AIG were a deliberate strategy by Goldman. To realize on their bet against the housing market, Goldman needed the CDO bonds to collapse in value, which would cause AIG to be downgraded and lead to AIG posting collateral and Goldman getting paid for their bet. I am confident that Goldman Sachs did not reveal to AIG that they were betting on the housing market collapse.

To help hasten the housing market collapse, Goldman ran a huge mortgage lending and issuance program with low quality loans virtually designed to fail, including dozens of deals backed by completely toxic non-prime second lien loans (these loans help pump up the housing bubble and let borrower’s suck the equity out of their homes). In soliciting AIG’s insurance for the CDOs, Goldman was not disclosing that the transaction was highly speculative. Goldman was offering AAA, or even super AAA bonds. Goldman designed and sold these bonds and purchased a rating from the rating agencies that represented the risk to be AAA. In fact, the bonds did not provide real protection, despite their AAA rating, and when the housing market turned down, the AAA CDO bonds collapsed in value exactly as they were designed to do.

Goldman never wanted these CDOs to succeed – their bet depended on them failing. This is why they used AIG as their insurer – AIG posted collateral, which enabled Goldman to still get paid even when AIG inevitably got downgraded for taking on such toxic deals.

Goldman needed AIG’s insurance to complete this bet and get them off risk for the CDO they created. Hedge fund manager John Paulson and others used the same strategy. Goldman’s bet was risky because they depended on AIG being solvent in order to get paid. Other parties who made similar bets, but relied on the other bond insurers to pay them off, ended up getting hurt when the bond insurers got downgraded and the trade did not pay off, as well.

Months before AIG received its bailout, Goldman was well aware of the risk that insurers would pay less than the full amount of the CDOs – Goldman was advising FGIC in its restructuring efforts and FGIC negotiated a CDO commutation for ten cents on the dollar. Goldman mitigated the risk of downgrade by dealing exclusively with AIG, which was required to post collateral in the event of a downgrade.

Goldman also misled shareholders and investors by proclaiming that they were not exposed to toxic CDOs because they were hedged with AIG, even as the bond insurers (AIG’s direct competitors in the CDO market), were getting downgraded.

It is bad enough that the creators and sellers of the CDOs, such as Goldman, BlackRock and TCW, have not been held to account for selling worthless bonds while representing them to be of AAA quality. Most of these influential power brokers have succeeded in blaming the victim (investors and insurers who believed their lies about the quality of the bonds) for the financial crisis to distract from their own questionable activities.

Goldman goes quite a few steps further into despicable territory with their other actions and the body count from Goldman’s actions is so enormous that it crosses over into criminal territory, morally and legally, by getting taxpayer money for their predation.

Goldman made a huge bet that the housing market would collapse. They profited, on paper, from the tremendous pain suffered by homeowners, investors and taxpayers across the country, they helped make it worse. Their bet only succeeded because they were able to force the government into bailing out AIG.

In addition, the Federal Reserve and the Treasury, by helping Goldman Sachs to profit from homeowner and investor losses, conceal their misrepresentations to shareholders, destroy insurers by stuffing them with toxic bonds that they marketed as AAA, and escape from the consequences of making a risky bet, committed a grave injustice and, very likely, financial crimes.

Since the bailout, they have actively concealed their actions and mislead the public. Goldman, the Fed and the Treasury should be investigated for fraud, securities law violations and misappropriation of taxpayer funds. Based on what I have laid out here, I am confident that they will find ample evidence.

While the subprime deals and CDOs were obviously going bad, an argument was made by many people at the time that the aggressive mark downs by AIG acelerated the death spiral for the market. It is pretty clear, here and elsewhere, that Goldman was the one that initiated the mark downs of collateral value. it would be interesting to explore this all the way through. Though not discussed in this article, Goldman shorted subprime through the Abacus deals, and perhaps elsewhere. this gave them an incentive to force mark downs. The intermediation deals described in the article, combined with AIG’s collateral posting, gave them another incentive to be agressive with mark downs. They were acting like they wanted to grab the money before anyone else could get their hands on it. This would have raised some issues in an AIGFP bankruptcy. (note – Hank Greenberg suggested that this was going on in his october 2008 testimony but there was a chorus of attacks on him for being a crook and unreliable, thanks to his problems with Spitzer.)

So here we have the pattern:

1. Goldman creates or sells $23 billion (or more) of CDOs and stuffs them into AIG.

2. Goldman proclaims to the world they have no exposure to CDOs and warns that banks and insurers with CDO exposure will get downgraded.

3. Goldman initiates the mark downs of CDOs with AIG and others, acelerating the market’s downward spiral.

5. AIG posts as much collateral as it has to Goldman, who has more aggressively marked down the exposure.

6. Bond insurers are downgraded, banks begin commutations with them.

7. AIG fails, Fed steps in, Goldman gets bailed out at par.
Posted by Anonymous Monetarist at 1:01 PM

"Goldman went “long” the CDS and then turned around and went “short” with AIG, effectively taking the risk of the mortgage bonds defaulting and then transferring it to AIG."

This appears more to be a basis trade gone wrong then outright, purposefully executed fraud. Essentially Goldman thought they could scalp the basis differential - and they were correct for the short term. How can one say otherwise? No one in Goldman's position would outright bet on the failure or success of housing in such large quantities (or at all, what risk manager would allow such an outright position?); they were "hedged" and in a basis type trade.

If it weren't for our government's abject stupidity and its wiliness to help out friends, Goldman would have been tarred and feathered on the imprudence of their basis trade.

"Goldman was the one that initiated the mark downs of collateral value. it would be interesting to explore this all the way through."

This would be interesting, however, this was of their doing to insure the success of their basis trade - they wanted to make do on their hedge to cover their losses. The prisoner's dilemma dictates this would occur. Goldman had incentive to do this in order to exact more margin from AIG and improve their capital position. This enabled them to reach the exits first and further profit on their basis trade. However, if they did not do this it is entirely possible they would have been ripped open by huge losses as other now defunct banks. Remember, Goldman is the most leveraged entity our there. They needed the cash or else they would have been next. Goldman was quite smart, though sneaky, in doing what they did.

This type of contentious argument, that Goldman pushed to blow up housing, takes away from the real issue: the negotiation of AIG payment at par. That is a farce and Goldman should have taken major losses due from their trade breaking down.

Only time and a complete forensic can answer your question.

Agree that the doublemint bailout was a ridiculous farce and stated such as it occurred.