Interview with Pythagoras of Samos 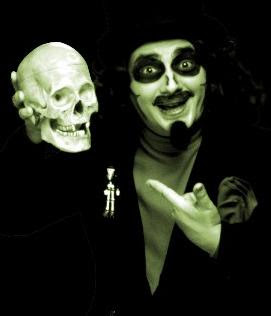 Anonymous Monetarist : Pythagoras thank you for resurrecting yourself for this conversation. You were a great mathematician, mystic,and scientist who made influential contributions to philosophy and religious teaching in the late 6th century BC.

Pythagoras : Indeed. Thanks nice to be here. Nice to be anywhere.

Can I call you Pyth?

Why not? What can I do for you?

Was hoping you could imagine how you might approach the markets if you were trading today.

OK. Well I would probably call my trading theories something fancy, like, 'hyperdimensional spiral geometry' and charge a lot of money for it.

Well Pyth this blog is free so we're just going to have to give away your initial lessons.

History repeats itself and the combined price and time movement of the stock market will arrange itself into regular,repeating units. Furthermore, each unit will have the same length, and will end up pointing in a direction that can be calculated using geometry. I'd call these vectors "Pyth vectors" and they would represent an impulse travelling in a given direction at a given speed. What is of interest in a market are both the high points and the low points and these points do not happen by accident they are determined exactly by the principles of harmonics. If you were to draw a straight line between the nearest high and low points on a chart you would then have a Pyth vector that would represent the combined value of price and time that determines the market's movement. Once you calculate how long your line is, as a number of "price-time" units, you automatically can deduce that the next Pyth vector will be exactly the same length.

So you are saying that the markets have a hidden harmonic structure to them?

Quite so. The markets move in even and predictable patterns over time. These patterns can be drawn as straight lines between neighboring high and low points on a graph. Once you calculate the length of the line, as a value of price-time units, you know how far it will move the next time ... the key is determining the direction of the Pyth vector.

That's it? Don't cycles have an impact?

Yes, cycles can come in and shift how this operates however what I am describing is the theme that cycles might provide variation around.

So to summarize, a Pyth vector is a geometric entity endowed with both length,as a value of price-time units, and direction, namely where the line is.

Once you know where your line is, no matter which way your graph moves, it will never fall outside the boundary of a simple,harmonic, oval or ellipse that can be drawn around your line. The ellipse is the same length as the Pyth vector, and it will always be exactly half as wide.

So you are saying that the stock graph will never move outside the perimeter of this ellipse, providing that you accurately know the true length and direction of the Pyth vector?

Exactly! So let's focus on how you can calculate the true length and direction of the Pyth vector.

Each Pyth vector has a number, indicating its actual length in 'price-time'. These numbers keep repeating. However, when you draw out the lines on your stock market graph, they will appear different in length.

That would appear to be a contradiction.

The resolution is to 'square your charts'. The key to squaring your charts is to establish a perfect one-to-one relationship between price and time in the chart. You want one unit of price to have the same weight as one unit of time. Then, your Pyth vectors will appear to be almost the same length on paper. It's rather easy to do. Let's say for example you are examining a stock where it's price moves an average of 8 cents an hour. You want to square this on a chart where time is represented on the X-axis as moving one hour every 5 millimeters. In order to create the proper price- time Pyth vector you would simply define the Y-axis as representing 8 cents every 5 millimeters. Now the movement between price and time will be balanced. Your Pyth vectors will now appear to be just about the same length and you will discover something quite profound. Each Pyth vector will be 60 degrees apart from the one next to it.

Well, let's say, the vast majority of times. Cycles as mentioned can introduce variations on this theme.

OK. Earlier you stated a simple,harmonic oval or ellipse can be drawn around each Pyth vector equal to the vector's length but half as wide. What happens when you reach the end of this Pyth vector?

Cycles notwithstanding, when you reach the end of a Pyth vector, you make an educated guess on the direction of the next move. You already know exactly how far it will go in terms of length before it ends. Once you feel that you have pinpointed the new direction then you place your bet with the appropriate stop. You'll be right more times than not. The key is that once you have determined how long each Pyth vector will be, as a combined number of price-time units, then you can calculate market turns before they happen.

The secret formula is A squared plus B squared equals C squared.

By the way, Pyth we call that the Pythagorean Theorem.

Yeah, that's it and believe me, in my day, I made a killing with this.

So you're saying that there are hidden geometric movements in the markets?

As mentioned, when you square a chart, Pyth vectors are joined to each other at 60 degree angles. All equilateral triangles are built from 60-degree angles, every angle in the equilateral triangle is 60 degrees. The tetrahedron, octahedron and icosahedron have equilateral triangles for each face. In other words, when you start putting Pyth vectors together you start seeing geometric patterns. These patterns, I believe, are cross-sections of three dimensional forms. These geometric forms reveal themselves in an "unwrapped" form as a two-dimensional stock market graph.

You're starting to get freaky Pyth.

Well then buckle up, because I believe that the markets move directly in line with the faces of these three-dimensional forms, one face at a time. They move in line with the faces' edge, the Pyth vector, and within the formentioned simple, harmonic oval or ellipse surrounding the vector.For example a stock graph moves along say a tetrahedral geometry contained by elliptical Pyth vectors where the ellipses in effect trace out the path of a spiral that forms this geometric shape as it moves along. The ellipse that surrounds each of the Pyth vectors actually defines those places where the spiral is buckling out of the geometric shape as it continues its rotating motion.

So, in effect, if you were to fold this hidden geometry, like the back cover of a Mad Magazine, you would then get a simple stock market graph.

If I knew what Mad Magazine was I'd probably agree with that.

Thanks, Pyth.
Posted by Anonymous Monetarist at 9:55 AM

Love the interview series. I find your take on most "things" fresh and clever. Rock on.