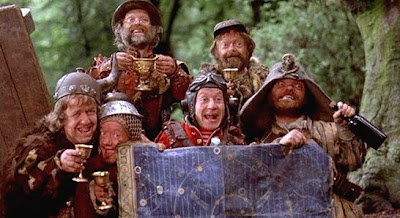 In 1909, in an interview with Ticker Tape Magazine W.D. Gann said. "In going over the history of markets and the great mass of related statistics, it soon becomes apparent that certain laws govern the changes and variations in the value of stocks and there exists a periodic or cyclic law, which is at the back of all these movements."

In Gann's introduction to his 1919 stock market forecast he stated that "History repeats itself in the stock market as in the lives of men... {my annual forecasts are based} on a time factor which I discovered."

In his first book entitled, Truth of the Stock Tape (1923), he says, "The most important thing of all is the Time Factor which I use in making up my annual forecasts. It is not my object here to give away that secret."

Countless observers have commented that these 'Great time cycles' correspond to astronomical relationships:

90 year - First Order Recurrence Saturn-Uranus Conjunct (in this case the first order recurrence is an octave, or doubling of, the Saturn-Uranus fundamental tone of 45 years, the fundamental tone being a 360 degree move, as measured by the angle between the sun and a planet along the ecliptic. Translation: on a 360 degree wheel, planets are in conjunction when they are 0 degrees apart, the fundamental tone or harmonic of this planetary relationship being defined as the time in between the planets next 'lining up' at 0 degrees relative to the sun.)

30 years - Saturn Revolution Around Sun. The exact measurement is 29.7 years.

Financial astrology is an industry to itself, and from time to time more 'respectable' venues have commented on its' effects. For example here is a link to a pdf recently posted on Jesse's blog : http://www.frbatlanta.org/filelegacydocs/wp0305b.pdf , where the authors comment that 'We find strong empirical support in favor of a geomagnetic–storm effect in stock returns after controlling for market seasonals and other environmental and behavioral factors. Unusually high levels of geomagnetic activity have a negative, statistically and economically significant effect on the following week’s stock returns for all US stock market indices. Finally, this paper provides evidence of substantially higher returns around the world during periods of quiet geomagnetic activity.' Tying this to the planets is simple when one considers that the gravitational pull and ebb of the planets effects geomagnetic storm activity. A simple analogy would be that just as the moon affects tidal flows so too do the planets affect solar flows.

Vibrations, waves, cycles, whatever term you choose to use, adherents of Gann still struggle to discern what the fundamental unit or tone of these structures is. Even Gann, foreshadowing Colonel Jessup suggested that we couldn't handle the truth.

This posting does not attempt to prove what the fundamental unit of time is, but rather to offer, in conclusion, a rather startling similarity between theories offered by today's time pundits, namely the venerable John Needham and the incarcerated Martin Armstrong.

First Mr. Needham. Proprietor of the thedanielcode.com, this fine fellow has over the course of the last couple years offered a rather provocative theory developed after years of seeking the truth behind what makes markets tick.

In his own words: 'Many have dedicated large parts of their life in the search for the twin Grails of trading: price and time. That they are the same thing juxtaposed on different axis is not a new concept. WD Gann, under the tutelage of his mentor, the British astrologer and numerologist “Sepharial” advanced this proposition in 1935. But Sepharial camouflaged his observations by claiming that they were related to astrological cycles. Indeed they are, but he scrupulously avoided saying that all of these cycles are of Biblical origin. What do you think the wise men, sages and prophets of Biblical time were looking at on those myriad of long nights as they sat outside their tents? They observed the stars and the heavens. And they wrote down, sometimes in code and sometimes openly, the great cycles of the heavenly orbs. Sepharial used that knowledge but fudged naming the source because it wasn’t cool.'

John posits that the intricacies of time can be discerned through application of the following 2 excerpts from the Book of Daniel.

First he directs us to Daniel 12:12: 'Blessed is he that waiteth, and cometh to the thousand three hundred and five and thirty days.' and states 'In sacred geometry, numbers and sequences have multiple meanings. The number 7 can mean 7 days, weeks, years etc. It can also mean 70 or 700 so the decimal point can slide. The square root of 1335 is 36.537. If we slide the decimal point we get 365.37 which is an astonishingly accurate measurement of a calendar year.'

This, he surmises, was written as a timing mechanism for the Jewish people.

Second, he directs us to Daniel revealing 1290 as the 'time of abomination', the difference with 1335 being 45, which he suggests represents degrees on a circle.

Price and time movements of eights, corroborating Gann's teachings, are then deduced as well as movements per ratios that are had by noting the discrepancy between 365.37 and the actual circle of Earth's orbit around the sun, 365.25 days.

The secret to Gann's sauce was the revelation that time and price are equivalent albeit on different axis and when they come in balance a turn may result. Needham shares this assertion, the struggle though, as previously noted, is to discern what is the fundamental unit of time that allows us to see this balancing?

Both Gann and Needham see time and price movements in terms of the degrees of a circle as well as the fractal geometry of markets. For Gann this is articulated by 'history repeats' and references to vibrations. For Needham's part he transparently lays out the fundamental unit of time as a six day week, per the Bible.

A fractal was popularized by Benoit Mandelbrot, advancing that natural law, a phrase oft repeated by Gann, is based upon a "fractioning" of a larger structure into smaller structures that have not only the features of the larger structure but if scaled up will look identical to the larger structure. He showed this scalability by graphing long-term financial data that appeared to be discontinuous on logarithmic paper revealing a fractal relationship in markets that,at least to this fella, blew 'random walk' right out of the park.

John Needham asserts that true time is nothing more than a fractal of a six day week. By looking at any market wearing your 'polarized time glasses' that break down temporality into fractals of 6 trading days you can see the turns where time and price are balanced, the holy grail of Gann theory.

The difference between Gann and Needham though is that John lays out not only this theory transparently on his website but also each week produces dozens of graphs as well as dozens of buy and sell signals based on it. Empirically speaking after following his calls for the last few months, your humble blogger has to admit it looks spot on.

Like Gann and Needham, circular movements, premised on fractals, and back-tested with considerable data forms the basis of his grand theory. Upon reviewing 26 panics spanning a 224 year period (1683 to 1907), Mr. Armstrong noted that the average number of years between panics was 8.6 years. He came about this, purportedly, in an effort to disprove cycles. Instead he was stunned to see turning points, expressed in markets, the rise and fall of governments and even natural disasters like earthquakes, defined by this fractal of a 8.6 year fundamental tone/wave/vibration. He furthered deduced that this 8.6 year tone builds up into groups of 6 producing a 51.6 year major wave that itself scales up by 6 to a larger 309.6 year wave.

He latter was stunned to discover that 3141 days(a fractal of Pi, the ratio of any circle's circumference to its diameter in Euclidean space)is 8.6 years.

What is the ratio equating these two 'time' theories?

6 divided by 7 equals .86 ; which is, per the fungibility of the decimal point in sacred geometry interchangeable with 8.6.

Très cool.
Posted by Anonymous Monetarist at 11:03 AM

Oh my, this is very very clever.

So, It is politically impossible for the strong economies of Europe to pass a bailout, it is politically impossible for Greece policy makers to pass sufficient budget cuts, if budget cuts are implemented then it will just push Greece further into debt deflation, a default by Greece will cause a run on the European banking system, the ECB has no legal authority to purchase Greece’s bonds, if Greece gets bailed out the EU will need to confront similar problems with Spain, Italy, Ireland, and Portugal which have a combined GDP larger than Germany, and if they all get bailed out Germany itself will be bankrupt. Did we say the markets hate uncertainty?
Euro Crisis

Indeed, markets will keep coming back to this until they get the explicit guarantee needed to remove the uncertainty.

And Spain? Gosh it looks like a death spiral.

As of December 2009, the official unemployment rate is 20%, but it is estimated that the real rate is 25% or more?

And if memory serves, 97% of mortgages are at VARIABLE RATE INTEREST??

Hmmm, a debt crisis in Europe resulting in widespread defaults and interest moratoriums that cause capital flight to the dollar and protectionist measures?

Or in other words ...
http://anonymousmonetarist.blogspot.com/2009/11/turkey-day-in-dubai-at-greek-restaurant.html

Merrily we rhyme along...