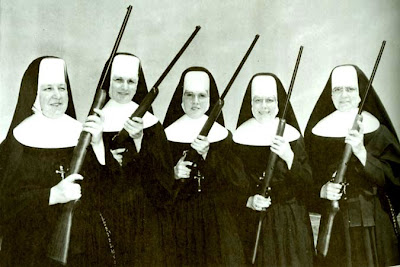 Last Monday, Gallup reported that approval for the handling of the economy and deficit had fallen to 36% and 32% respectively.

Main Street, it would appear, does understand that the demand restoration project is not working yet.

Probably because Main Street consists of humans, and as Larry Bummers noted on the ski slopes recently 'tis a 'human recession'. Translation: we can fudge the stats but it's harder to get folks to discount their lyin' eyes.

And those eyes are transmitting that it's getting worse not better. Gallup also recently reported for the Week of January 25-31, 57% surveyed believed that the economy is getting worse, versus 51% a month ago.

Trillions of meatballs gets you, even with your V shaped lens, flat at best?

And where oh where will this great nation generate growth weaned from the Federales teet?

Finance, real estate, insurance? Helicopter bucks for these constituencies are what caused the over-consumption and misallocation that put us in this mess.

Technology? Well this humble blogger thinks of tech as the greatest enabler of deflation ever created.

Biotech and 'green' industries should make a marginal contribution but other than popcorn(Hollywood), guns(military) and butter(agricultural) the only way out of this would seem to be currency devaluation and a lot of service jobs supporting the folks that come to America to shop half-off.

It could be worse. We could be France which is going through an existential crisis. As 'gauling' as playing second fiddle to the Yanks has been, a future where China moves the ball? Quelle horreur!

And the Brits? They're praying for the next North Sea or as the FT recently stated 'something will come along, it always has.'

As noted previously on this blog, inflation expectations were well anchored in the Great Depression. We had disinflation, not deflation. Currency devaluation brought us out of the muck. The first country to leave the gold standard was Australia in 1930 and their economy recovered soon thereafter. The next year New Zealand and Japan took the same action with the same results. Several more countries replicated this action over the next few years. The United States devalued the dollar by over 40% in 1934. France and Italy waited until 1936 so too did their economies wait to recover.

Clearly those countries that have the ability to devalue their currencies today will have the pleasure of seeing their economies recover 'tomorrow'. This obviously does not bode well for Euroland but is very promising for the Brits.

For us Yanks it's a real conundrum.

To devalue the currency we need to be able to overcome the groundswell to rein in spending and relative calm internationally so de-risking isn't 'carried' back to the dollar. Notwithstanding whether we have reached zero-hour where adding debt to our current burden has no positive contribution to GDP, notwithstanding whether 'austerity' or 'kicking the can' wins the day, it would appear that the only 'stimulus' that will pass short-term is the type that Adam Smith once described:

'Great nations are never impoverished by private, though they sometimes are by public prodigality and misconduct. The whole, or almost the whole public revenue, is in most countries employed in maintaining unproductive hands... Such people, as they them-selves produce nothing, are all maintained by the produce of other men's labour... Those unproductive hands, who should be maintained by a part only of the spare revenue of the people, may consume so great a share of their whole revenue, and thereby oblige so great a number to encroach upon their capitals, upon the funds destined for the maintenance of productive labour, that all the frugality and good conduct of individuals may not be able to compensate the waste and degradation of produce occasioned by this violent and forced encroachment.'

It's a Deadhead Economy ... hey don't bogart my check dude!
Posted by Anonymous Monetarist at 10:21 AM