The Band of the Hand can only create a Potemkin demand 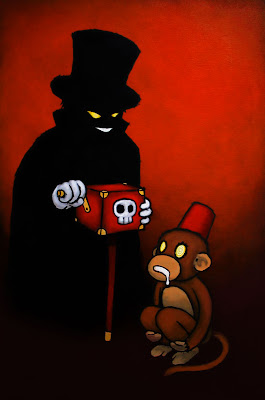 My grandmother, who will turn 101 this year (add-on, this year will be 102! Go Grandma! -AM), eloped in 1928. Her father was a successful businessman in Chicago who owned a number of cosmetology schools. A year later she was back home ... a couple years after that her father went bankrupt. My father grew up in poverty on the South Side, his career choices were be a priest, be a cop or join the army. After halfheartedly attempting the first two he opted for the last.

When the Summer of Love hit Chicago, my Dad was one of those guys in the white short sleeve shirt from Sears with black-rimmed glasses. My parents bought their first home on the North Side and ran such a tight budget that they had to ration out the pieces of bread they used for sandwiches in order to make the loaf last through the week.

One of the main goals my father held to was that his children would all be able to graduate from college ... later on he too got his degree by going to night school.

I am a card-carrying member of the liberal 'establishment', wealthier than the aggregation of all my descendants since they came off the boat, but cognizant of the days when, in my struggles, I carried my net worth in my wallet and wondered how I could pay my bills.

Life has taught me that hardship breeds opportunities, that only in tough times can you determine your true character, and that the blessings of America give all of us the promise that you can accomplish anything if you set your mind to it.

My family story is partially written as a generational battle from 'rags' to riches ... hopefully to be continued by my children as my current financial stability should allow them to broaden their aspirations towards a more global stage.

To achieve my success, I was never given a hand-out, but I was at several times given a hand-up. The recognition that life comes down to a few moments and that when you are tasked the integrity of your response determines your ultimate success was a lesson learned through trial and error. I learned in a fashion sometimes 'vainful' and sometimes painful that embracing your failures whilst accepting your mistakes and resolving to learn from both separates the winners from the sinners.

The election of Barack Hussein Obama as President of the United States was such a potentially game-changing event that it was hard not to feel great optimism and admittedly joy at the promise of actually turning a page in reality as opposed to pablum narrative.

Unfortunately it appears that this page-turning window of opportunity is quickly closing.

Preliminary indications are that, despite the apoplexy of the arch conservatives, Soros isn't Barry's puppetmaster. The Soros plan would necessitate the doctor cutting off the patient's morphine and instead performing elective surgery. The Obama plan would appear to be nothing more than increasing the dosage.

What is called for here is a program I've called the Mendacity of Hope and the Urgency of Not.

Failure to liquidate the insolvent banks through adjusting their capital structure so that they can be viewed as fairly valued by the free markets will end up liquidating a majority of the productive economy.

It's the demand stupid. You cannot fix a dam with more water. In a debt crisis only debt destruction can take you to the promised land.

The Obama plan will rely heavily on guarantees, which in the end will only guarantee that there will be more 'emergency' measures needed down the road.

The Obama plan will neither have the desired effect nor be implemented in such a way that it doesn't result in both gaming by the pirates and hedgies as well as covering as opposed to discovering the true folly of rich folks' bad speculative bets.

The Federales have determined that they don't want to take the risk of putting assets on their books so instead they will take the same risk by writing a put and give any potential return to the same folks that are causing the taxpayers to bear this burden. Heads they win ... tails we lose ... and unless the coin lands on its' side we'll be back to the bailout well in short order.

What is needed is simple. Dip the banks in the acid of price discovery. Let the chips fall where they may. Governments role here is to provide a safety net for capitalism's excesses. For the financial system, I call genius in the Soros 'side pocket'. For the household balance sheet, strengthen existing unemployment programs to mitigate the damage and offer a 'tax holiday' that will spur demand by restoring balance sheets. Demand won't be restored tomorrow ... it will take time and price. But unless we pay the price NOW all we're going to do is extend the time ... but make no mistake the devil will be paid his due.

Don't task (take your medicine) and don't smell (price discovery) is doomed to fail.
Posted by Anonymous Monetarist at 9:30 AM

Have followed you for awhile and I am very interested to see where you're going to take this.

Keep it up Mr. Monetarist.

You can call me Money.

love this story, money. your so lucky your grandma is still with us. love your bear. i had a bear living on my property but she couldn't do that, all she could do was procreate.

Grandma is determined to live to see the Cubs win another World Series.

Am supporting that desire for am quite confident if successful she will grace us for many more years!

so the story behind this photo is:
it's a cub bear?
really how did you get this shot, is it photoshop ed?

Came across it awhile back...do not recall where...

figures ZH had something to do with it. it is the funniest photo, makes me smile.