I'll play you a little tune on my violin 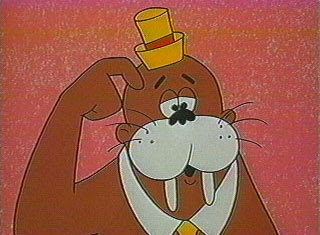 'Such harmony is in immortal souls;
But, whilst this muddy vesture of decay
Doth grossly close it in, we cannot hear it.'
-Shakespeare

'Cycles are meaningful, and all science that has been developed in the absence of cycle knowledge is inadequate and partial. ...any theory of economics, sociology, history, medicine, or climatology that ignores non-chance rhythms is as manifestly incomplete as medicine was before the discovery of germs.'
-Edward Dewey

'Ed Dewey, who formed the Foundation for the Study of Cycles, made a life long study of cycles in everything that he could. After producing, collecting and collating several thousand reports of cycles he reached a number of conclusions. First,everything studied by man that can be made into a time series has cycles in it. Second,there are common cycle periods that exist in many seemingly unrelated fields of study. Third, these cycles with common periods exhibit cycle synchrony, meaning that they reach their peaks and troughs at the same time.Fourth, many of the commonly reported cycles exhibit simple ratios of 2 and 3 (and their products) between them. Fifth,some of the observed cycles that fit these patterns are outside the earth.
When I discovered a whole set of cycles in 44 years of weekly corn prices I realised that they had frequencies that were in exactly the same ratios as the white notes on the piano plus two black notes (Eb and Bb). Then I noticed that the 4:5:6:8 frequency of the original cycles was a major chord in music. At the time this was altogether too weird - was God playing major chords in the NZ economy and scales in corn prices? I didn't mention it to people because it seemed that I would get laughed at.'
-Ray Tomes

'My calculations are based on the cycle theory and on mathematical sequences. Mathematical science, which is the only real science that the entire civilized world has agreed upon, furnishes unmistakable proof of history repeating itself and shows that the cycle theory, or harmonic analysis, is the only thing that we can rely upon to ascertain the future. Mathematics is the only exact science. All power under heaven and on earth is given to the man who masters the simple science of mathematics. After exhaustive researches and investigations of the known sciences, I discovered that the Law of Vibration enabled me to accurately determine the exact points to which stocks or commodities should rise and fall within a given time. The working out of this law determines the cause and predicts the effect long before the Street is aware of either. By knowing the exact vibration of each individual stock I am able to determine at what point each will receive support and what point the greatest resistance is to be met. Those in close touch with the market have noticed the phenomena of ebb and flow, or rise and fall in the value of stocks. At certain times a stock will become intensely active, large transactions being made in it; at other times this same stock will become practically stationary or inactive with a very small volume of sales. I have found that the Law of Vibration governs and controls these conditions. Thus, I affirm, every class of phenomena, whether in nature or in the stock market, must be subject to the universal law of causation and harmony. Every effect must have an adequate cause. If we wish to avert failure in speculation we must deal with causes. Everything in existence is based on exact proportion and perfect relationship. There is no chance in nature, because mathematical principles of the highest order lie at the foundation of all things. Faraday said: `There is nothing in the Universe but mathematical points of force.' Vibration is fundamental; nothing is exempt from this law; it is universal, therefore applicable to every class of phenomena on the globe. After years of patient study I have proven to my entire satisfaction as well as demonstrated to others that vibration explains every possible phase and condition of the market. Every movement in the market is the result of a natural law and of a Cause which exists long before the Effect takes place and can be determined years in advance. The future is but a repetition of the past, as the Bible plainly states: `The thing that hath been, it is that which shall be; and that which is done is that which shall be done, and there is no new thing under the sun.' Every stock makes a top or bottom on some exact mathematical point in proportion to some previous high or low level.There is nothing mysterious about any of my predictions. If I have the data I can use algebra and geometry and tell exactly by the theory of cycles when a certain thing is going to occur again.' -W.D. Gann (quote compilation)

'The stars in the heavens sing a music if only we had ears to hear.'-Pythagoras

Had the pleasure of visiting the Chicago Board of Trade the other day. Three general observations were drawn. First, Rick Santelli is a chainsmoker. Second, should one be concerned by the proliferation of screens turned to YouTube and Facebook within this cathedral to, if the not the last bastion of, capitalism? And third, is there actually some fundamental aspect that ties together all of the disparate activity occurring within that kaleidoscope of commerce?

By fundamental aspect, your humble blogger means cycle or vibration or harmony or fractal, the antithesis of 'random-walk', a theory that has been debunked by Mandelbrot, Taleb, and the 'universe-squared' sigma of recent events.

The major scale based on C (fundamental tone) obtained from Pythagorean tuning is based on a stack of perfect fifths each tuned in the ratio 3:2 the next simplest ratio after 2:1 which is the ratio of an octave.

Now that's all fine and good you say, but to quote a canucklehead on Hee-Haw or Bubblevision, is it actionable? Or to put it more crassly... can you show me the money?

To that can only respond, good things come to those who wait, when the student is ready(and am trying my best to prepare) the teacher will arrive, or to put it succinctly and in the vernacular of this post: stay tuned.
Posted by Anonymous Monetarist at 11:11 AM

Your blog is unlike anything I've ever seen.

Will take that in a 'good' way.

Rick is a chain smoker. Stand outside long enough and he'll know you on a first name basis.

What? A discussion of cycles, markets and Fibonacci and no mention of Elliott waves, the original market fractal?

Leonardo of Pisa, aka Fibonacci, is renowned for three accomplishments.
First, he introduced the Arabic numbering system to the West. Second, he established the tenets of modern accounting. Third, he revealed a number pattern, which became know as the Fibonacci sequence, that was in fact plagiarizing Indian mysticism.

For Fib analysis, I use Walter Murphy (his admiration society includes Art Cashin and David Rosenberg), his link is to the right on this blog.

My thoughts on Fib fall into two buckets.

Second, the age old chestnut of, do people follow established technical analysis because it works or does technical analysis work because people follow it. As a corollary to that when attempting to discern order from chaos one must be aware that per chaos theory outliers are first movers. If a unconventional and unfollowed technical approach works then it cannot be attributed to 'it working cause it has a following'.

To be mindful is a discontinuous process, our senses allow us a glimpse at the perfect form (truth) but that view can often be distorted by the flickering fire of perception that illuminates the shapes we perceive to believe.

No doubt that smoking corner is 'Cheers on Van Buren.' .. or whatever door y'all pop out of.

Is it revealing to much to suggest I know what vape means?

You do an excellent job of collaborating the respective teachers.

So much to learn... so infinite. Time.

"When the student is ready, the teacher will appear..."

Thanks, and 'no worries'.